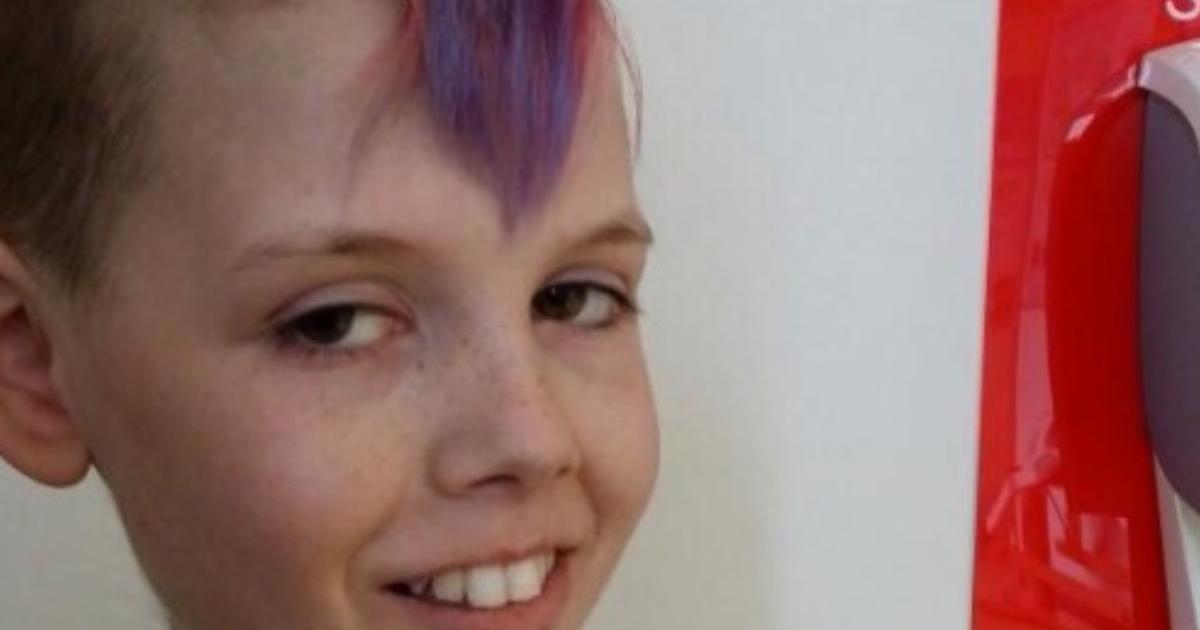 A mother’s love for her child is like nothing else in the world, and it’s also what makes this story so special.

Deryn Blackwell was only 13 years old when he and his family received the devastating news.

He had leukemia and needed immediate treatment.

Deryn’s childhood came to an abrupt end, and for a full year, he battled the life-threatening disease.

But unfortunately, Deryn didn’t just have leukemia—he also suffered from Langerhans cell sarcoma—a disease that’s so rare, there are only five documented cases in the world.

His mother, Callie Blackwell, was desperate.

She couldn’t bear it when her son repeatedly asked her to cut off his hands.

Soon, Deryn’s condition got so bad that his doctors gave up hope.

They gave the boy two weeks to live and moved him to the hospice wing of the hospital.

But Deryn still had two people who refused to give up on him: his mom and dad.

They were desperate, and they were willing to do virtually anything to relieve their son’s suffering.

After mulling all of the alternatives, Deryn’s mom remembered that a doctor had mentioned marijuana as something that could improve Deryn’s condition.

But there weren’t any approved studies on marijuana and cancer treatment, so Deryn’s doctors couldn’t do anything. Meanwhile, the boy’s condition continued to deteriorate.

His parents refused to stand by and watch while their son wasted away. So they decided to do something about it.

Deryn’s dad went in search of marijuana and found a man at a gas station who was willing to sell him some.

Deryn’s father was terrified of being arrested for drug possession, which could send him to prison for up to five years.

But he realized he didn’t have anything to lose, and felt like Deryn would die if he didn’t do anything soon.

It wasn’t an easy decision, but Deryn’s parents gave their son cannabis oil, which is less dangerous than smoke, since fewer chemicals enter the body.

And against all odds, something happened to Deryn. An hour later, his pain subsided considerably. The boy could even talk to his mother, something he hadn’t been able to do for a long time. Both doctors and nurses were astonished by Deryn’s condition, which continued to improve.

After a few weeks, it was clear that Deryn would survive, and he was able to leave the hospital. This was back in 2013. Today, Deryn is 17 years old and healthy, perhaps thanks to his parents being willing to risk everything.

Every time they look at their son, Deryn’s parents are reminded that they made the right decision.

Whether it was the marijuana, doctors, or a higher power that cured Deryn, we’ll never know, but the main thing is he’s doing well today.

Deryn’s story has spread worldwide, first because it’s a miracle that he survived, but also because marijuana is a controlled substance and not approved as medicine.

In a article, oncologist David Gorski argues against cannabis being the reason for Deryn’s recovery, and some of the people who commented on the article are angry with his mother “glorifying” marijuana.

However, Callie Blackwell replies that she never claimed that marijuana saved her son’s life. But it definitely helped him in his recovery.

I call this miracle, and whether it was Deryn’s parents’ decision or a higher power, I’m overjoyed that Deryn is doing well today.

No child should suffer cancer. Share if you agree!