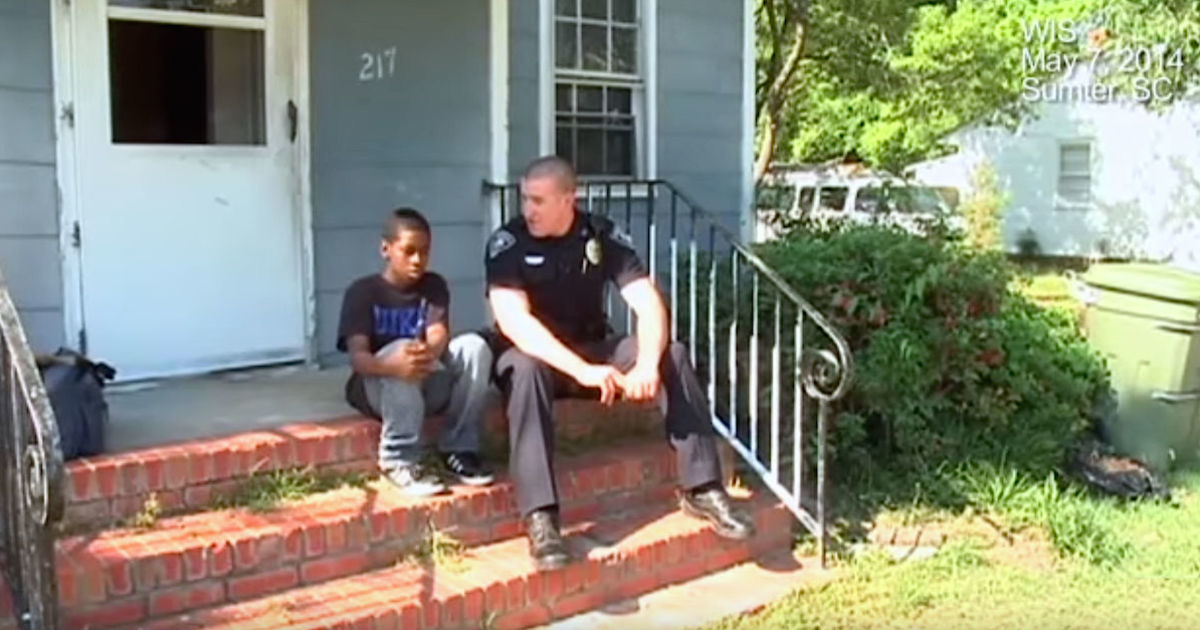 When a police officer in South Carolina responded to a 13-year-old boy’s phone call, he could never have imagined the series of events that would emerge as a result of that call.

A nervous 13-year-old Cameron Simmons had dialed the cops stating a problem. The situation was passed on to policeman Gaetano Acerra, who headed straight for the boy’s home.

The two sat down on Cameron’s front porch and spoke. Cameron told the officer that he was going to run away from home. He said that his mother had scolded him because he’d played with his big brother’s video games.

But Gaetano Acerra quickly realized there were issues more serious than video games at hand.

He asked Cameron to have a look inside and to his surprise, discovered that the boy’s room was completely empty. Not one piece of furniture was in sight, and the boy’s clothes lay in a trash bag. Cameron did not even have a bed.

The 13-year-old told Gaetano that his family was struggling financially – they’d been forced to move from their home in Texas to South Carolina to help take care of a sick relative.

Touched and unable to not take action, Gaetano did something extraordinary. Something beyond his ordinary call of duty.

While Cameron’s family were completely unaware, the policer officer began to plan a surprise.

For the next few weeks, he collected furniture for Cameron and his family.

With the help of his own brother, Gaetano managed to collect desks, chairs, a bed, and even video games for Cameron. Cameron and his brother both got new bedrooms and even a table hockey game that the two siblings could play together.

Young Cameron was moved to tears when he realized what Gaetano had done for him and his family.

To make the story even more striking, after Cameron and his family’s story began to spread on social media, perfect strangers from around the world began to send them donations to help out.

Isn’t it incredible how one kind-hearted person can manage to so profoundly change a person’s life for the better?

I think Gaetano’s first, simple and yet utterly humane urge to help out is something we can all be inspired by and take forward with us in our own lives!