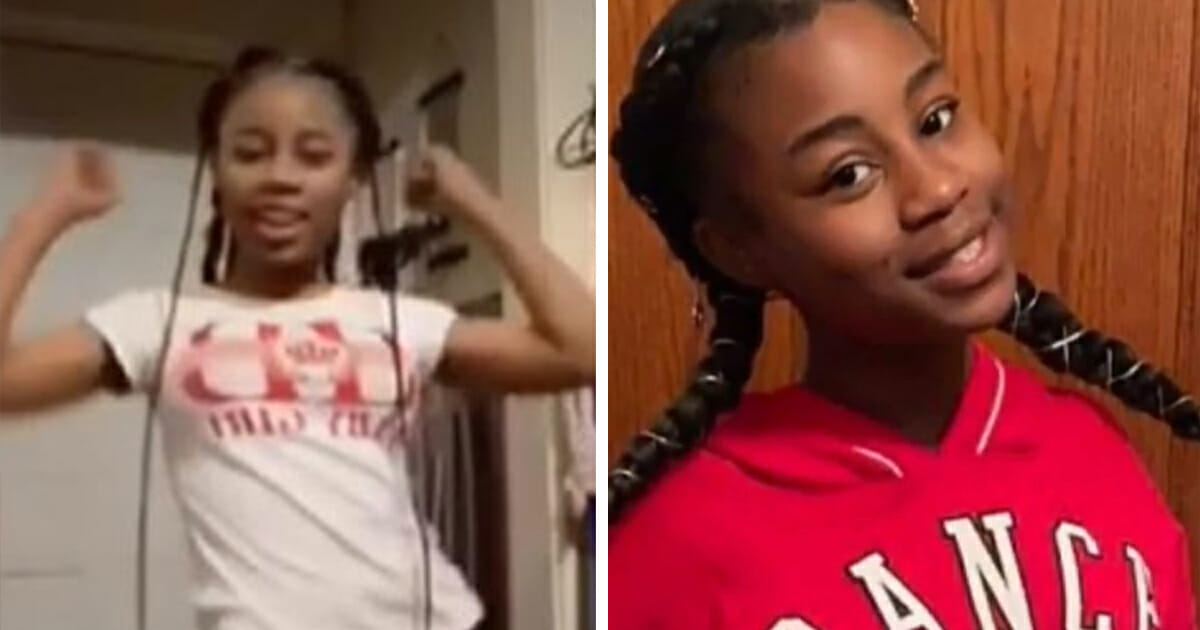 A 13-year-old girl from Chicago was fatally shot in her own home while showing her mother a new dance move.

According to reports, teenager Amaria Jones was killed on June 20 when a bullet fired from outside her family’s apartment went through the window and hit her in the neck.

The bullet is believed to have gone through a sign outside the apartment that read ‘In Chicago, Lives Matter’.

Two teenage boys, aged 15 and 16, were sitting on the porch outside the building at the time of the incident. Another man is said to have spotted a red laser light pointed at him and heard multiple gunshots.

Reports say both teenagers suffered gunshot wounds; the 15-year-old was hit in his lower back, the 16-year-old in his leg. They were transported to Mount Sinai Hospital and are said to be recovering well.

Amaria’s heartbroken mother Lawanda Jones spoke to CBS Chiago and recalled the moment she realised her daughter had been shot.

“She was showing me this dance called TikTok. I turned around and I was looking for her and she was on the ground reaching out like this, holding her neck. I was like, ‘What?! What?! What?!’

“The last thought that I have of my baby is her reaching out with blood gushing out her neck.”

She continued: “They talk about the police killing — killing our citizens. They’re killing each other off. Our kids are not safe no more. Period. You can’t sit on your porch. You can’t even be in your own house. You’ll get killed.

“To the other parents whose kids got shot — my heart goes out to them too, because don’t nobody know what it’s like unless you are in these shoes, to lose a child. You might sympathize with us, but you ain’t going to feel the pain until it actually happens.”

As per ABC7, Amaria had aspirations of becoming a lawyer when she was older. To think that she has instead become a victim of the mindless violence that continues to plague our society is as sickening as it is heartbreaking.

Rest in peace, Amaria. We hope you’re safe in the Lord’s arms now.

When will this stop? We cannot live in a world where such atrocities can happen to innocent people almost on a weekly basis.

Share this article to pay your respects to this 13-year-old girl, and to send prayers to her grieving family.