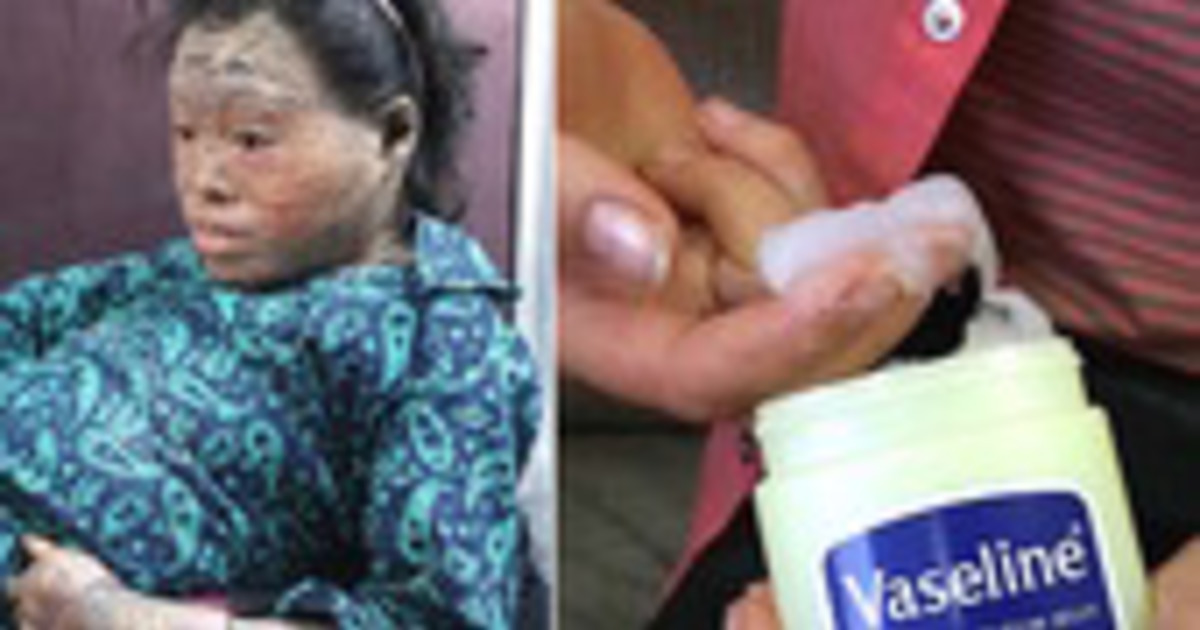 In many poor countries with low levels of education, there is much prejudice against people living with disabilities.

Because of the situation in these countries, people with special needs may have much difficuly obtaining medical attention and being socially accepted.

This was indeed the case for Nagina, a young girl from Nepal. Nagina was born with a serious illness that makes her lose her skin.

Her parents did not have the resources, both financial and otherwise, to deal with their daughter’s heartbreaking condition.

When medical help finally came, Nagira was discovered hiding in a shed in a rural area of Nepal. She was depressed and hadn’t laughed or even smiled in years.

But soon everything would turn around for her – much because of a simple tube of petroleum jelly.

Please scroll down to meet this amazingly strong and brave girl …

Nagina was born with a serious skin disease, which rendered her skin extremely thick and scaly. Her parents had no idea nor the resources to treat her, so Nagina spent her first years in constant agony.

She soon became depressed and lost the power of speech. She mainly stayed inside her family’s shed, to avoid contact with people.

When medical help arrived at her remote village in Nepal’s countryside, they found Nagina tucked away in the shed.

They realized the seriousness of her condition and how terribly she fared. They took Nagina to the nearest hospital to examine her.

There is no cure for ichthyosis, and the lack of treatment Nagina left without hope.

According to the company, the jelly helps to hydrate and accelerate the skin’s natural recovery process.

Vaseline soon shipped over large quantities of the jelly to the hospital in Nepal. Nurses began to treat Nagina’s skin with Vaseline-soaked gauze.

And each day, Nagina’s skin improved.

“The difference in this case actually came from something as simple as petroleum. It really has transformed her life,” says hospital director Dr. Bibek Banskota, who supervised Nagina’s progress.

And for the first time ever, Nagina smiled.

She also began to participate in physical therapy, to help her to get started on her wheelchair. At the hospital, she became friends with several other children with disabilities, and together they supported one another.

Today, Nagina is 13-years-old. She has been discharged from hospital and goes to a school for children with special needs, funded by the Hospital and Rehabilitation Centre for Disabled Children.

Nagina has not only been transformed on the outside, but also on the inside. Her classmates and teachers describe her as a very smart, intelligent and happy girl.

Thanks to the efforts and sacrifice of kind-hearted medical staff, Nagina can now live a normal, happy life.

All people deserve to be treated with respect and receive the care they need. Please share Nagina’s story if you agree!