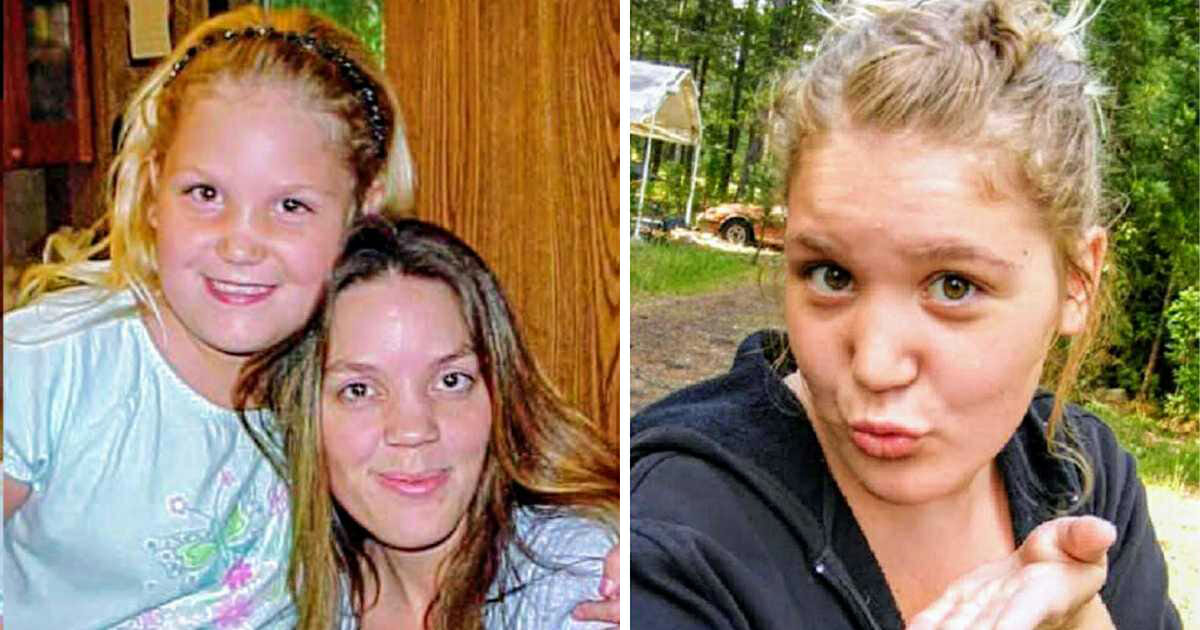 There is nothing in this world I wouldn’t do to keep my children safe.

I know I’m not alone in this, either: it’s the natural urge of any parent to ensure their babies are protected from harm, no matter how old or big they may get.

Which is why it’s a cruel fact of life that there are some dangers moms and dads simply can’t keep at bay. The idea that one of my children might end up injured or worse, terrifies me, and it’s a real fear given that I can’t be everywhere, checking everything all of the time.

When Lori Earp gave permission for her 14-year-old daughter, Ashley, to go to a birthday slumber party, she did so thinking it would be a night like any other. The plan was for Ashley to stay with a friend Lori and her partner – Ashley’s step dad – had met before. The house was a five minute walk away.

Little did Lori know that fateful Saturday was about to shatter her life.

As Lori writes on LoveWhatMatters, her daughter wanted to be a Marine Biologist when she grew up. She was a kind, caring child who avoided trouble and did well at school.

So it was that when she was invited to a birthday party at a friend’s house, Lori had no hesitations in saying yes. When the day arrived, Ashley was in good spirits. She braided her little sister’s hair and said goodbye to her mom and step dad at around 2:00 p.m.

They told her they loved her and arranged that she would call to check in with them at 6:00 p.m.

6:00 p.m. came and Ashley called as planned. Things were fine, the girls were having fun.

Then, at 10:30 p.m. Ashley’s phone rang again, waking her from a deep sleep. When she answered, it was a police officer on the other end.

He told her that she needed to make her way to the hospital in nearby Medford: medical staff were working on Ashley.

Confusion reigned supreme. Medford was a town 15 minutes away from where Lori lived, and Ashley should have been at a house just five minutes walk away.

When they arrived at the hospital, Lori and her partner were taken to a small room close to the ER. After a long wait, they were met by a doctor, a nurse, and a grief counselor. Ashley had died.

The doctor explained that Ashley had passed away due to asphyxiation causing by inhaling Helium. Lori would later learn how Ashley and her friends had left town to stay at the daughter-in-law of who Lori thought they were staying with’s house. The mother of the birthday girl had become too ill, and so had moved the slumber party’s location without informing the other parents.

The woman now supervising the slumber party not only brought alcohol, but also took the girls to her neighbors’ house. They returned with three thirty-year-old men, who proceeded not only to drink with the minors, but also introduce them to a Helium tank.

One of the men inhaled from the tank, and encouraged Ashley and her friends to do the same. They each took a turn, with Ashley being the last in the circle. She was hesitant to try the Helium, but the man insisted it was safe.

As Lori writes, she inhaled the Helium and a fit of laughter ensued. In the midst of her laughter, however, she collapsed to the floor. Tragically, she couldn’t be saved.

What should have been a routine experience for her daughter ended up becoming the worst night of Lori’s life. Now, she’s aiming to educate others on the potential dangers of Helium, and has set up a Facebook page and published two books on the subject.

A tragic end to a promising life, and one that should serve as a reminder as to the ruthless unpredictability of things.

Share this story to spread Lori’s warning regarding Helium. You never know, it could save a life!