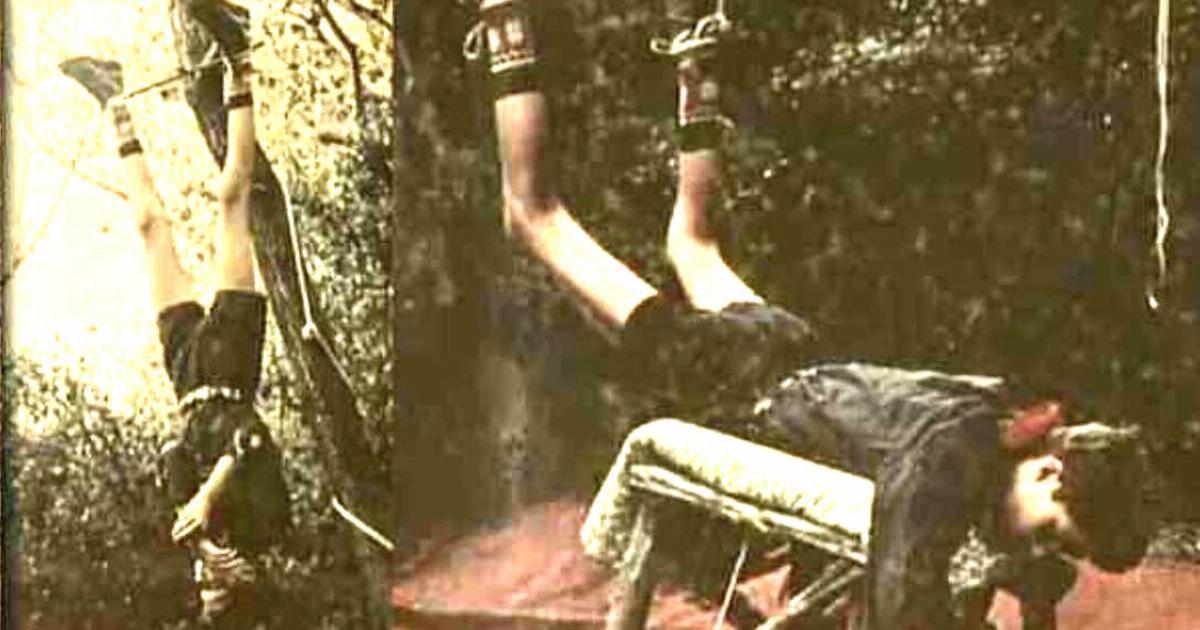 What causes some people to become so evil that they could hurt an innocent child, I’ll never know.

But one thing that’s for sure is that child abuse needs be quickly exposed whenever it’s found. Because if we don’t pay attention to crimes against children and learn from history, things will only get worse.

Anatoly Slivko from the former Soviet Union was a father of two and the leader of a youth club for teenage boys.

He was well-liked in his community, but nobody had any idea what he was doing during the 20 years between the time he secretly committed his first crime and the day he was caught.

In 1961, when Anatoly was 23 years old, he witnessed a terrible motorcyle accident. The driver was drunk and swerved into a group of people, killing a young boy.

The boy was wearing the uniform of a Young Pioneer (the Russian equivalent of the Boy Scouts) and the smell of gasoline and fire was in the air when the boy gasped his last breaths.

Everyone who saw the accident was devastated — but for some strange reason, the awful sight excited Anatoly. And this excitement would have horrible consequences for many young boys in the future.

Two years later, Anatoly was a leader in a local youth club and committed the first in a terrible series of crimes.

For the next 22 years, Anatoly would befriend one or two boys a year and use them to relive his fantasies. But no one ever suspected him. His position as a youth leader would prove to be the perfect cover for committing his heinous crimes.

Anatoly would start by building confidence in a boy. He’d tell the boy that he was going to record a movie in the woods and that he wanted him to participate in it.

Because the boys trusted him, Anatoly never a problem tricking them into the woods.

Once at the recording site, Anatoly would ask the boy to participate in an experiment. Anatoly would slowly hang the boys from a tree to the point where the boy would go unconscious. Then, he would set the boy down and masterbate. Anatoly would record the whole so he could relive the moment. And when he was tired of watching one particular film, Anatoly would find a new victim.

Most of the boys couldn’t remember the abuse, so no one knew what was going on in Anatoly’s youth club.

During his time at the club, Anatoly persuaded 43 boys to accompany him into the woods. But only 36 would come out alive.

Sometimes, Anatoly went much further. In order to relive the feeling he had during the accident several years before, he would continue the hanging until the boy would die. Then, he’d dismember the boy, pour gasoline on him, and set him on fire.

Although over the years, several teens in Anatoly’s camps disappeared, it took a long time for the police to catch him. Nobody guessed a popular member of the community could be behind the mysterious disappearances.

Before leaving, Sergei told a neighbor that he was going to record a video with Anatoly.

In November 1985, during the investigation into Sergei’s disappearance, prosecutor Tamara Languyeva discovered a troubling pattern. The missing boys had all been members in Anatoly’s youth club. So finally, the suspicions were directed toward Anatoly, writes Murderpedia.

The poice never found any evidence, though, and it was only after interviewing many ex-members of the club that the truth came out. Many acknowledged that they had participated in experiments with Anatoly — and the father of two was arrested in December 1985.

Anatoly was charged with seven murders, seven cases of sexual abuse, and seven cases of necrophilia. With Anatoly’s help, the police recovered six of Anatoly’s seven victims. And in June 1986, he was sentenced to death.

Then on September 16, 1989, Anatoly was executed by a firing squad.

Anatoly Slivko’s case clearly shows why we always speak up if we suspect a child has been abused.

Unfortunately, it’s not uncommon for children to be exposed to sexual abuse by a relative or friend of the family, and when it happens, many children don’t dare tell.

If you suspect that a child you know is being abused, contact the authorities.

Please consider sharing this story with your friends on Facebook.

No child should ever be abused or silenced.