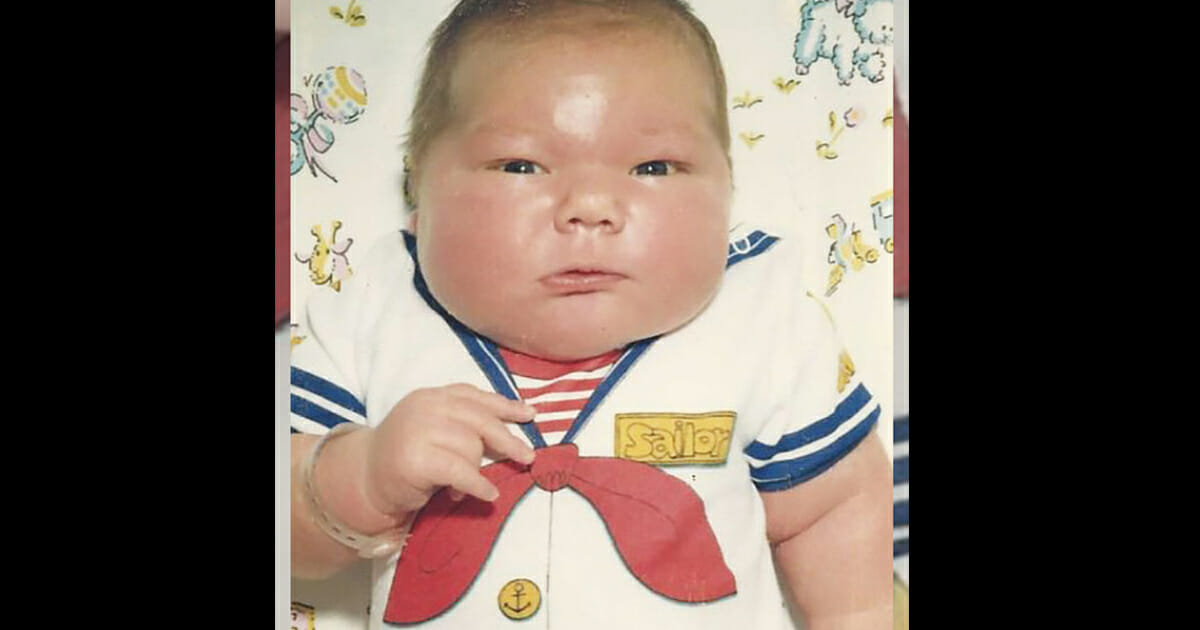 When 24-year-old Patricia Clarke fell pregnant in 1983, she had more than just a feeling that her child was going to be on the large side.

She’d already had one baby, and knew that big babies ran in her family. That said, she could never have expected just how huge the child she was carrying would turn out to be.

Patricia gave birth to Kevin Robert Clark, who epically weighed in at more than 16 pounds. At the time, he was not just the biggest baby ever born at Community Memorial Hospital, but perhaps the largest baby in the state of New Jersey.

He couldn’t fit into a standard sized crib, and his baby clothes were too small for him, but Kevin was – much to the relief of his parents – perfectly healthy.

Naturally, it wasn’t long before his size was noticed. He made headlines across the country, not only inspiring a segment on “Saturday Night Live”, but also getting a mention on “Good Morning America”.

Start as you mean to go on

But Kevin wasn’t done stealing the spotlight there. According to the New York Post, by the time he was 12 he stood 5 foot 7. By junior high he was 6 foot 5. From there, he just kept continuing to grow.

“There isn’t a day that goes by when someone doesn’t ask me how tall I am,” Kevin told the Post.

“I like to joke that I’m 5-foot-21. When people ask if I play basketball, I ask them if they play miniature golf.”

Today, Tom is 35-years-old. He’s a former military man who lives with is 6-foot tall wife and their Great Dane.

He’s more than learned to live with the fact he’s bigger than virtually everyone else. In fact, he takes it in his massive stride. These days, Tom is 6 feet 9 inches tall.

To see more on his incredible story, watch the video below:

It can’t be easy to quite literally be born into the limelight, nor to grow up with people pointing at you and asking questions the majority of the time. That said, Kevin seems to be handling it just fine … we wish him all the best moving forward!

If you thought this story was interesting share the article on Facebook so your friends and family can see it!