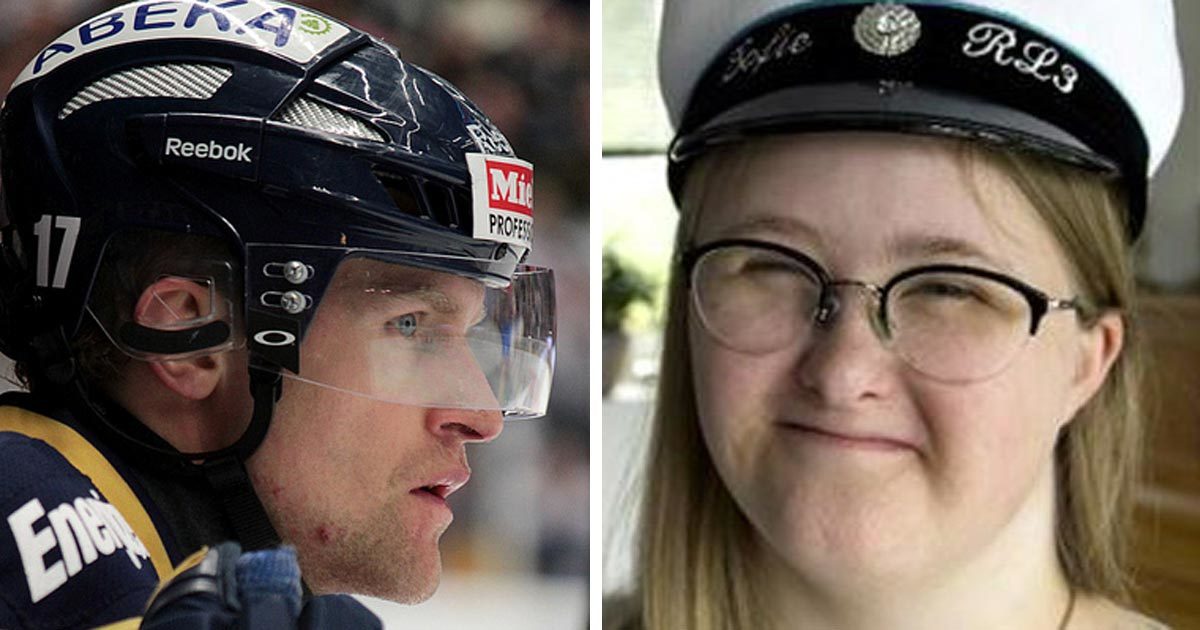 18-year-old Sofie Ruther from Sweden was going alone to prom. But now the former NHL star is there for her and going with her.

36-year-old ice hockey player Mathias Tjarnqvist have won two Swedish Championships, two silver medals for Sweden in the World Championship, and played for both Dallas Stars and Arizona Coyotes (former Phoenix Coyotes) in the NHL. But he hasn’t changed one bit.

Tjarnqvist’s childhood friend Joakim Ruther’s daughter Sofie, 18, didn’t have a date for her senior prom in Helsingborg, Sweden. Joakim gave it a shot and called the former NHLer and longtime family friend – and there was no doubt that he was there for Sofie.
– He’s amazing. One time when we discussed my daughters future he said that he was supporting us, no matter what. Sofie was overjoyed when he told her that he was taking her to prom, Joakim Ruther says to HD.

The hockey star’s relation with the family goes way back when he was a child. Sofie has Downs syndrome and as a little kid Tjarnqvists mom used to babysit her. One time, when she was preoccupied, her son the future NHLer was there for Sofie. Just like now, when she needs a date for prom.
– He’s kind and cute. I’ve been longing for this, it’s going to be so much fun and exciting to go to prom, Sofie says to HD.

Sofie’s prom news is right now spread all over Sweden and everyone praise the ice hockey player for his lovely gesture. We wish Sofie and Mathias a great evening with lots of fun!
Just hit the like button below for more stories like this in your feed.