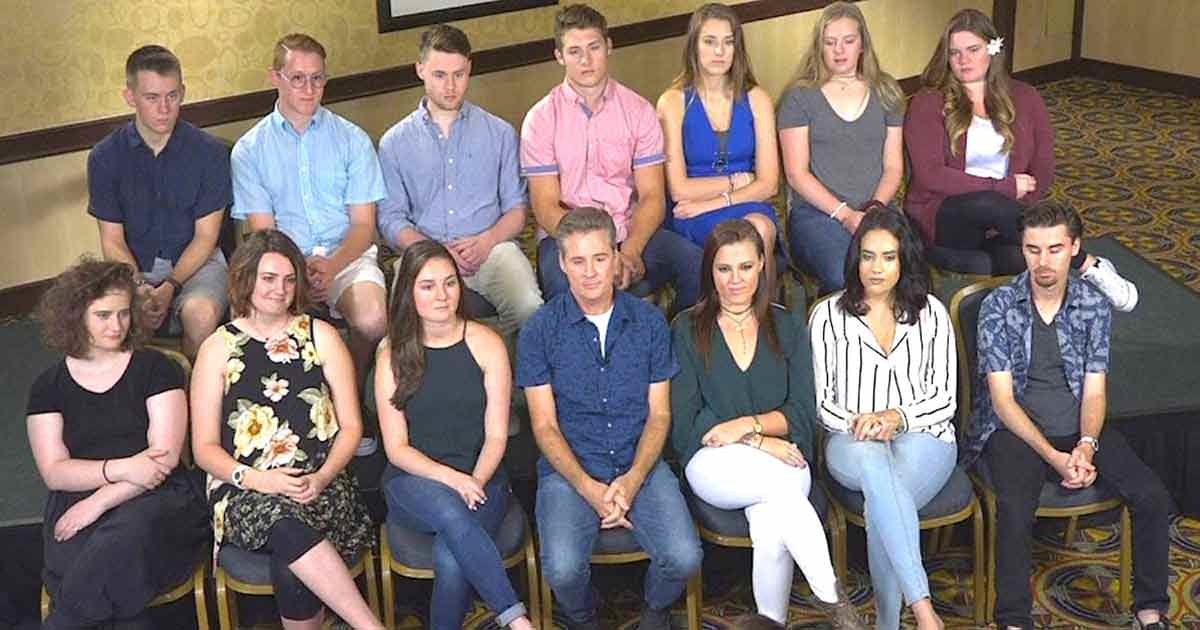 When artist Michael Rubino was in his 30s, he made a firm decision to help families in need.

How? Well, he signed up to become a sperm donor.

Quite often, sperm donors choose to be anonymous but at the time, Michael decided to sign a form which allowed his children to be able to contact him once they turned 18.

While signing it, it did cross his mind that perhaps one day some of his offspring might contact him sometime in the future.

As the years went by, many of the children felt like they wanted to contact their biological father. And with the rise of social media, many of the donor kids managed to find each other and as well as Michael with the help of Facebook.

When Michael heard from his kids, he was nothing but happy. All 19 children are between 16-21 years old and live in different parts of the world.

Even though he has not raised the 19 children, it’s hard not to notice the striking similarities between them!

Family members have tendency at times too look a bit different and although everyone didn’t feel comfortable calling Michael “dad”, it does seem like everyone thought it was fun to finally meet their biological father.

Not to mention to meet their other 18 siblings in one room!

Watch what happens when Michael steps into the room and meets all 19 children — and they met their new siblings — in the clip below.

Please share if you also think Michael did well in helping others who wanted a family.