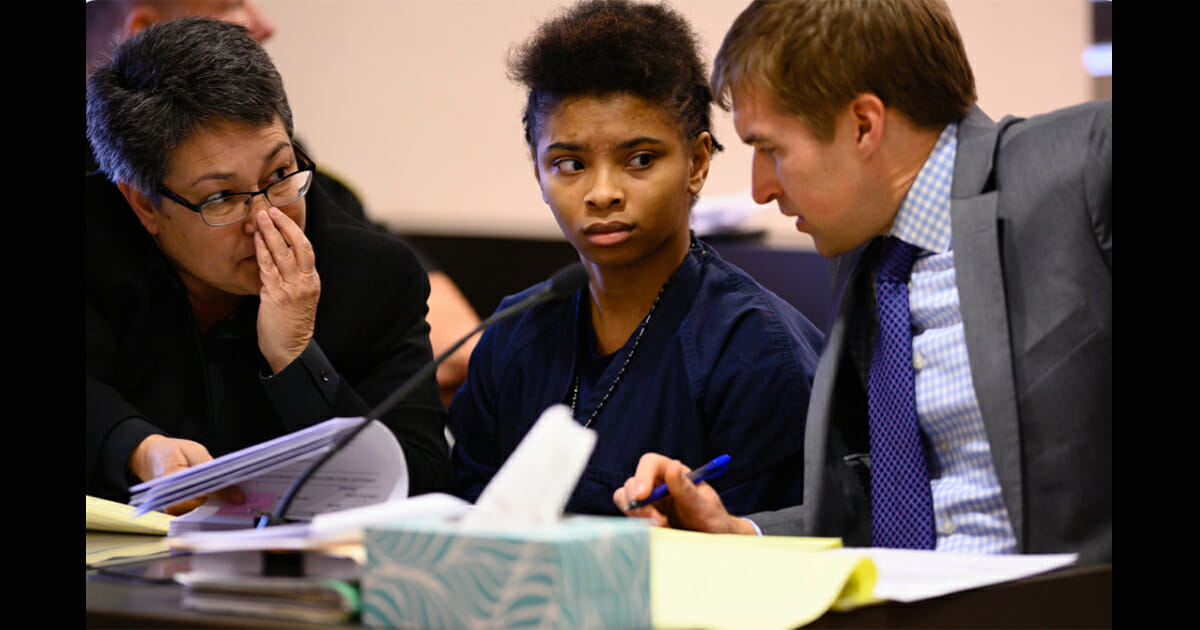 Chrystul Kizer, the 19-year-old facing a life sentence in prison after being charged with the murder of the man she claims forced her into sex trafficking, has been released from jail awaiting her trial.

As per reports, Kizer has been held for the past two years in a Wisconsin detention center. She was released on Monday after a $400,000 bond was paid by the Chicago Community Bond Fund, the Milwaukee Freedom Fund, Survived & Punished, and the Chrystul Kizer Defense Committee.

In a joint statement, the organizations announced that following Kizer’s case, the bond money will be used to formulate a national bail fund for survivors of domestic and sexual violence.

In a post concerning Kizer’s release, the Chicago Community Bond Fund said: “The police and government systems set up to protect Chrystul failed her.

“Instead of being given care and support from the beginning, she has been wrongfully incarcerated for nearly two years now for choosing to survive.”

According to the Washington Post, Kizer maintains that she med her alleged abuser, Randall Volar III, a 34-year-old white male, in 2018. He supposedly knew she was just 16 and went on to sexually abuse her in return for money for over a year.

Not only that, but Vizer says Volar also trafficked her to other men after they met on Backpage, a website that has since been shut down for its links to child sex trafficking.

Vizer was arrested in 2018 after shooting Volar twice in the head and lighting his house on fire. She reportedly told authorities that she acted in self defense after Volar pinned her to the floor after he had tried to have sex with her. She later admitted to shooting him dead.

The case continues and I can only hope justice is served one way or another moving forward.

The idea that sex trafficking is still prevalent in society in 2020 makes me sick to my stomach. Share this article if you, too, stand with the movement to eradicate it once and for all!