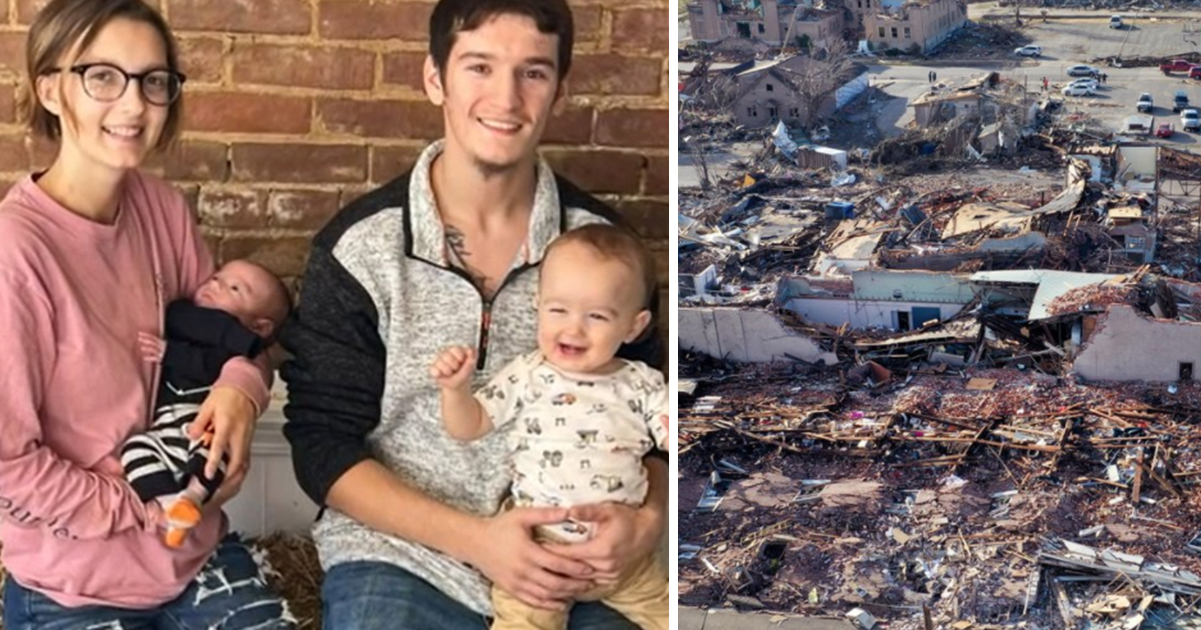 Two babies survived a devastating tornado that ripped through Kentucky last weekend, thanks to a bathtub they were placed in by their grandmother.

Countless stories emerged last week in the aftermath of the tornadoes that hit multiple states, including Missouri, Illinois, Tennessee, Kentucky and Arkansas. Sadly a good many people lost their lives, while homes and properties were reduced to rubble.

Yet one grandmother says her two babies survived in spite of the bathtub they were sheltering in being ripped out from the ground and tossed with them inside it.

Clara Lutz, of Hopkins County, Kentucky, told how, lacking a cellar, she had placed 15-month-old Kaden and 3-month-old Dallas in a bathtub in preparation for the gathering storm. She placed a blanket, a pillow, and a Bible with them.

When the tornado hit, it did so with such force that it ripped the bathtub from Clara’s hands and pulled it up into the air.

“I felt the rumbling, I felt the shaking of the house,” she said, as per reports. “Next thing I knew, the tub had lifted and it was out of my hands. I couldn’t hold on.”

She added: “I was looking everywhere to see where the tub may be.

“I had no clue at all where these babies was. All I could say was ‘Lord, please bring my babies back to me safely. Please, I beg thee.'”

Clara, meanwhile, was hit in the back of the head by the water tank from the tub.

The tub was later found in the grandmother’s yard, upside down. Miraculously, the two babies were found unharmed beneath it. The sheriff’s office were then able to reunite the pair with their family.

“The sheriff came down. I got in the sheriff’s car down at the end of my driveway. They opened up the door and brought me Kaden, my 15-month-old. And they brought me my three-month-old baby, Dallas. They brought him to me. He had a big old goose egg on the back of his head, we didn’t know what was wrong,” said Clara.

The grandmother went on to explain that 3-month-old Dallas was taken to hospital with bleeding on the brain. The bleeding had stopped, however, by the time he got to the hospital.

For her part, Clara credits God for saving the lives of her grandchildren.

At least 92 people have been confirmed dead after 40 tornadoes ravaged a wide multi-state December 10 and 11.

I’m so thankful both of these babies were able to defy the odds and survive! And that Clara had the foresight to place them in the bathtub!