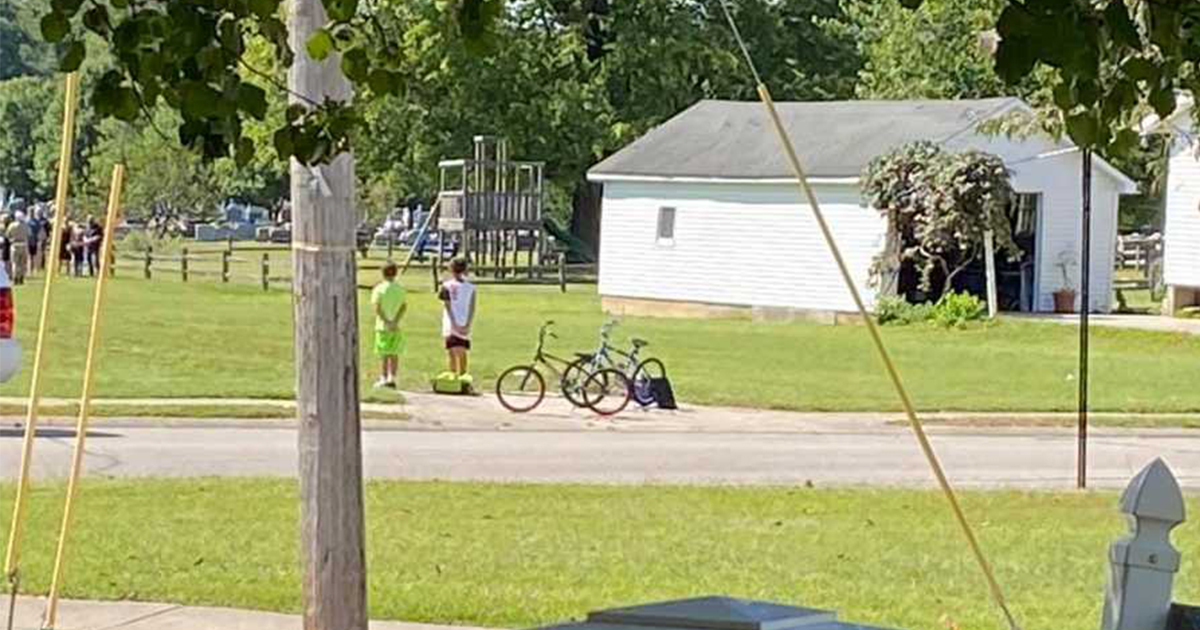 With all the negativity in the world today, it can be truly refreshing to see something that promises compassion instead, and a reminder that not all is bad. Hope yet endures.

Two young boys in Batesville, Indiana have gone viral after stopping and getting off of their bikes in order to pay their respects for the funeral of a military man.

Local resident Jacqi Hornbach was dog-sitting for a friend when the funeral procession rolled into the cemetery across the street. Fortunately, she was then on hand to photo the aforementioned boys from a distance.

Initially, she wasn’t sure if she should post the pictures online, but then decided that others needed to see their gesture of respect.

Horbanch says the boys were riding past the cemetery, but stopped when they saw the flag of the deceased servicemen.

They proceeded to get off their bikes to pay their respects as TAPS was being played.

“I had to snap a pic as I was so proud of these two young men,” Hornbach said in her Facebook post.

“Their parents should be so proud, and I’m sure the serviceman was in Heaven smiling down on them.”

Indeed, it seems like when I was younger, everyone showed the utmost respect for service men and women, especially in the event of their death.

Maybe it’s just me, but I feel as though there’s a general lack of respect among large portions of today’s youth. I sincerely hope that’s not the case, though, and seeing photos like the one Jacqi Hornbach took reminds me that hope remains.

What did you make of this photo? Did it bring a smile to your face?

Let us know your thoughts in the comments box on Facebook, and share this article to thank our brave servicemen and women.