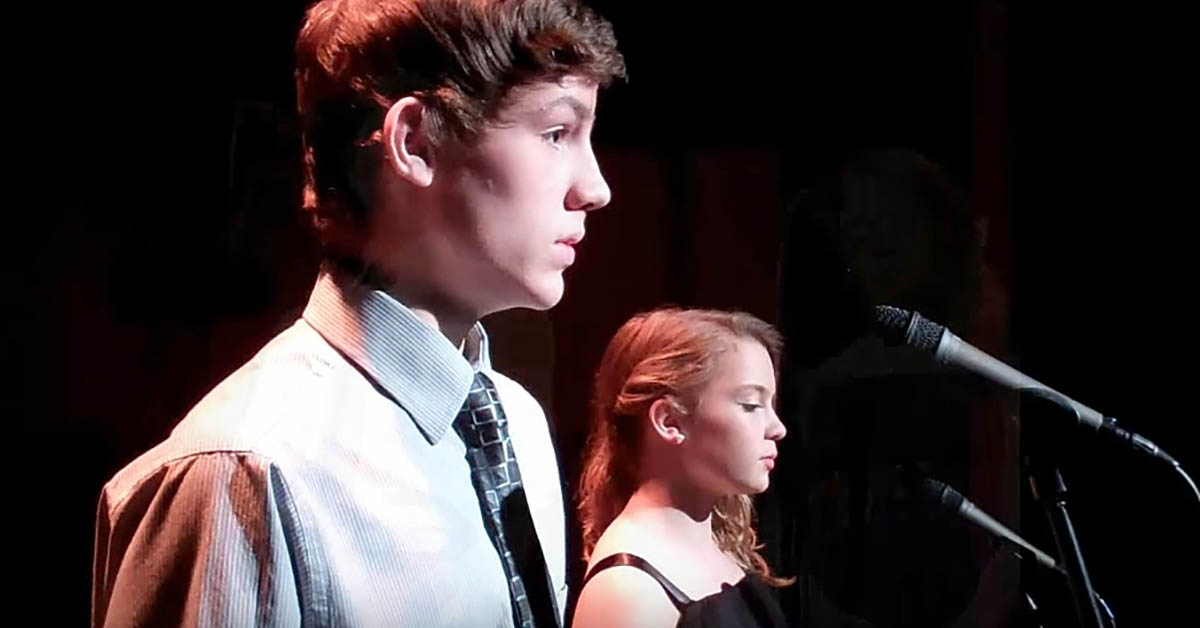 There’s something rather special about well-delivered duets. Sure, a powerful solo can raise any roof, but a duet done well stands in a league all of its own.

When Noelle and Ryland first performed “The Prayer” as friends, they probably had no idea just how well they could work together.

Eventually, they decided to try their hand in front of an audience all the same, with the resulting show leaving the gathered attendees nothing short of speechless. They might be tender in years, but these kids certainly pack a punch …

It was Noelle who opened the duet, singing with a flawless tone that quickly threatened to melt hearts. Then, when Ryland added his voice to the mix, things were somehow elevated to the next level.

Inspired by Andrea Bocelli and Celine Dion themselves, Noelle and Ryland left the audience scratching their heads as to how two such powerful voices could come out of two such tiny frames.

Even singing in a different language proved no particular issue for these two. They nailed every note, their harmonies were all on point. In short, they were phenomenal.

Proving that the vices of age and pressure mean very little when you’re truly confident in your own abilities, Noelle and Ryland delivered a performance that won’t be forgotten anytime soon.

Watch the video for yourself below:

I certainly can’t get enough of it!