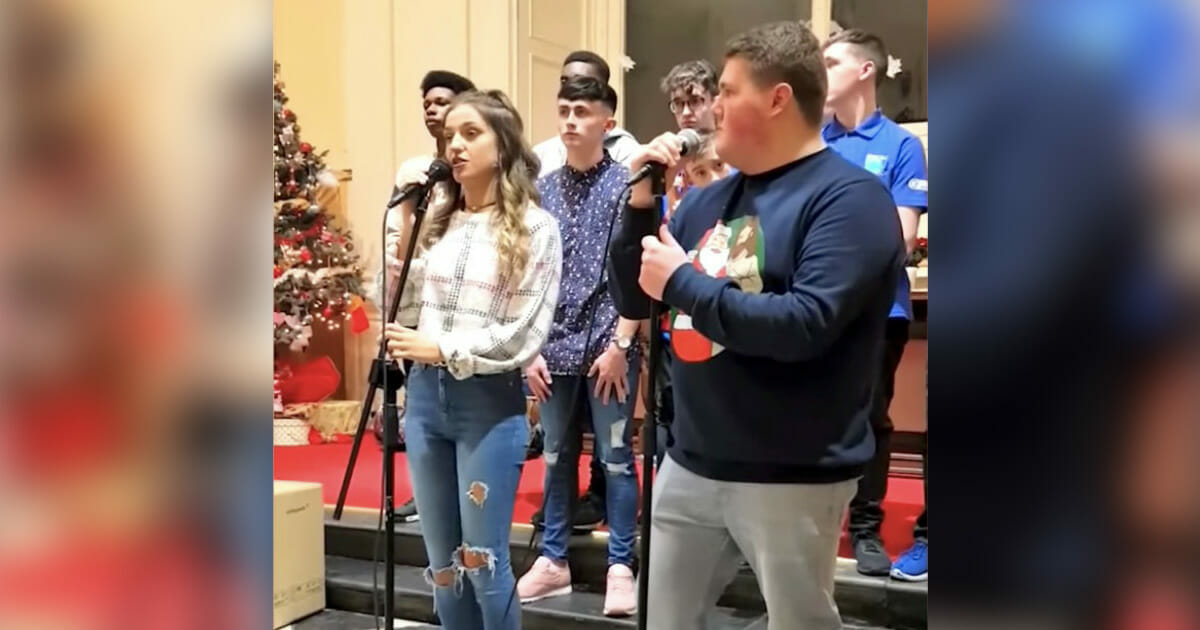 Today we’re well versed in seeing incredible performances on talent shows – they’ve broadened our horizons to the fact that you never know skill or ability someone might be hiding.

That said, there remain plenty of people who hide their talents. It’s easy to forget that there are those out there who guard their attributes like a well-kept secret.

These people might not garner the same amount of attention as those who flaunt their skills on TV, but they deserve every scrap of praise we can give them on the rare occasions they open up.

Two teens managed to surprise their audience in such a way recently at a Christmas concert in Ireland. Now, it wasn’t their song that received the most attention, more the boy’s reaction when his duet partner opened her mouth.

The spectacle took place during a Sunday morning Christmas concert performed by the Mount Sion choir in Waterford City. The chosen song was “Shallow”, from the movie “A Star is Born”.

In the film the song is performed by the two leads, Lady Gaga and Bradley Cooper. Suffice to say it’s not an easy number to take on.

Nevertheless, Jessica Reinl and Christopher Halligan believed they were up to the task, deeming themselves capable of doing the song justice.

It was Christopher who took the lead, beginning with a deep and calm voice. The couple had sang together before, but this time was going to be different.

For when it was Jessica’s turn to take over, Christopher was left slack-jawed. He couldn’t look away from her until the moment it was his turn to take the reigns again. Although they’d been duetting for quite some time, it was as though this was the first time he’d ever heard Jessica sing.

Take a look at the video below and you’ll understand exactly what I mean. What a truly world-class performance:

It’s no wonder the clip has been seen by over 27 million people since being published in December 2018. I’m convinced these two have successful career ahead of them.