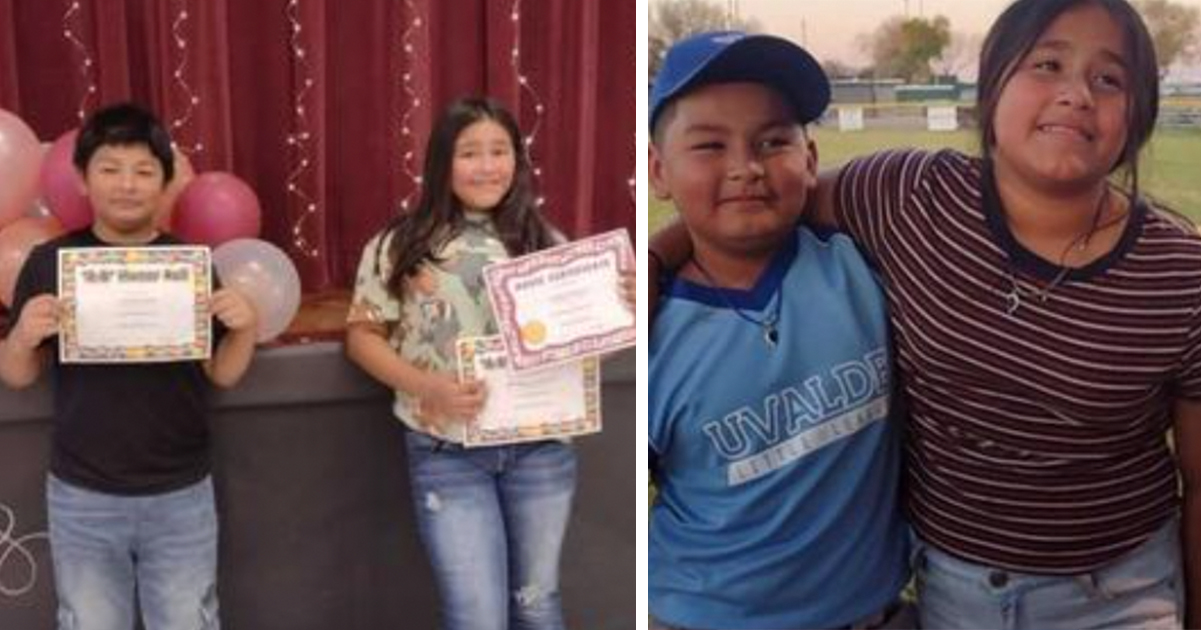 Two families left devastated after the shooting at Robb Elementary School in Uvalde Texas on May 24 have told how they buried their children side-by-side.

The US is yet reeling in the aftermath of the deadly attack that left 21 people dead, including 19 children and two teachers.

The names and faces of the victims have been widely spread in the days and weeks following the shooting, while a fresh push for new, stricter gun laws has been instigated.

Now, two of the families of the fallen have spoken of the connection they share as a result of the bond created by their children.

Monica Gallegos, mother of Annabell Guadalupe Rodriguez, one of the kids killed in the shooting at Robb Elementary School, recently spoke to Good Morning America about how her daughter had grown close with her classmate and crush, Xavier James Lopez.

Neither parent could ever have imagined the fate that awaited their children when a gunman armed with a high-powered rifle made his way into Robb Elementary School.

As per reports, when Annabell came home after her first day of fourth grade, she had plenty of nice things to say about one of her classmates, Xavier Lopez.

Before long, the two children’s families were having cookouts with each other, while the kids steadily built a bond with one another. Monica and Felicha were especially amused to hear their babies text each other “I love you” each night before bed.

Monica said: “Me and Felicha would laugh, like, ‘How do y’all know about love?'”

On the morning of the shooting, May 24, Annabell and Xavier were photo’d alongside each other in the school cafeteria, after receiving awards for their accomplishments that year.

Both students had made the honor roll.

Tragically, just a few hours later, both Annabell and Xavier would find themselves trapped in a classroom with a gunman hell-bent on carnage. The pair were among 11 children in the classroom that day. All were slain.

Arnulfo Reyes, the children’s teacher, was shot but survived.

“He would make things for her, he would write notes for her,” Arnulfo said of Xavier.

“It brings a smile to your face just to think they really loved each other.”

According to reports, Xavier was buried at Hillcrest Cemetery in Uvalde on June 7. Annabell’s funeral was held a day later on June 8. The families of the two decided to bury them next to each other.

My heart continues to bleed for the innocent lives taken that day in Uvalde.

Please, share this article on Facebook if you wish to say rest in peace to the fallen!