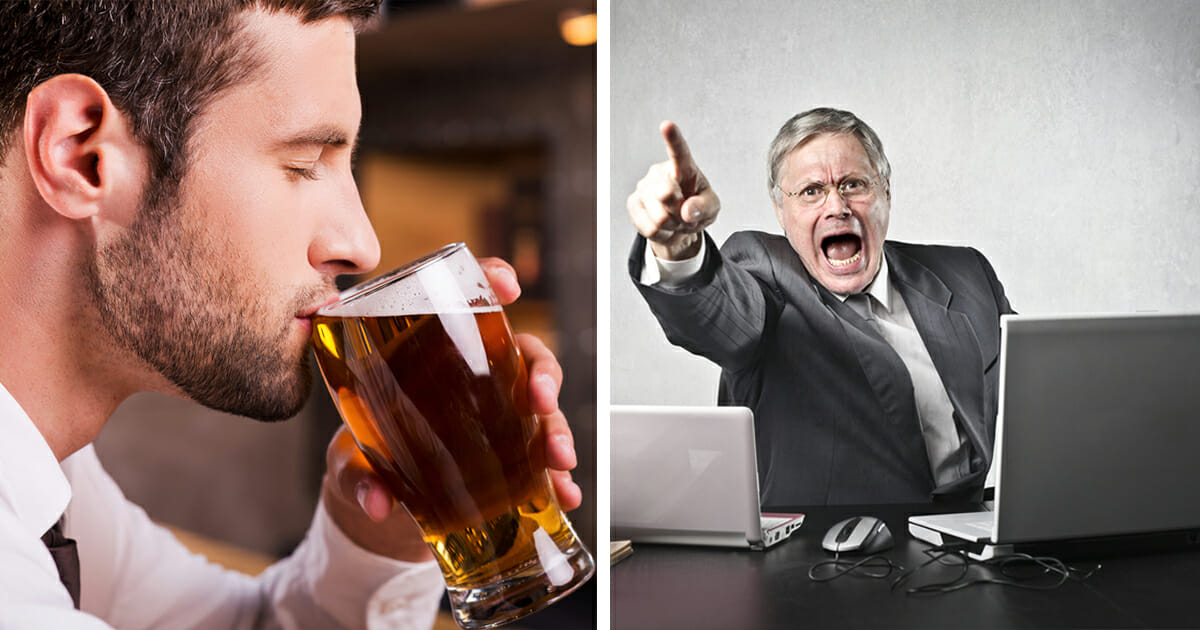 Ever been guilty of drinking more than you should at your work’s Christmas party? It’s okay to admit it … I certainly have.

Of course, I’ve done so in the knowledge that I probably won’t be fired in the morning (so long as my drunken antics don’t wander into the realms of the illegal).

Well, spare a thought for four people who were given the boot from company Cymot, Namibia after allegedly drinking more than their allocation at the Christmas party.

No, we’re being deadly serious. So far as The Namibian website can be believed, the ultimate crime against beer has been committed.

According to reports, two of the four got their jobs back last week, after the company eventually decided it was willing to offer them a settlement proposal on the condition they withdraw negative reports from the media and admit their guilt.

A letter sent to the workers supposedly details an offer to reinstate two of the workers, whilst a payout settlement of two months’ basic salary has been offered to a third. The fourth one decided not to take on the company in court.

The letter in question outlines the settlement is subject to: “The admission of the applicants that they were guilty of misconduct (gross dishonesty) in that it was their intention and aim to remove alcohol from the respondent’s premises. [Also], commitment to withdraw any negative reporting of Cymot from any and all media.”

The issues apparently arose when Cymot, Namibia sacked the four workers for gross dishonesty after they drank more than their allocated limits at a Christmas party at the end of November last year.

The Namibia Wholesale and Retail Workers Union’s secretary general, Thomas Hambuda, meanwhile, who represented the employees, said he was happy that two of them got their jobs back.

“Yes, two received letters on 12 February. We are happy they got their jobs back, and they are mothers and breadwinners,” he said.

“To lose a job for such allegations was, to me, just not fair. The third one got a settlement, and the fourth one did not want to take on Cymot. For now, I do not want to say more, but we will not stop fighting companies who think they can treat people unfairly and get away with it. This is not the first time I am working with people who were unfairly dismissed by companies like Cymot.”

I don’t know about you, but losing a job because of drinking too much beer sounds awesome/wholly unfair.

If you think these lads and lasses should be given their jobs back, share this article on Facebook!