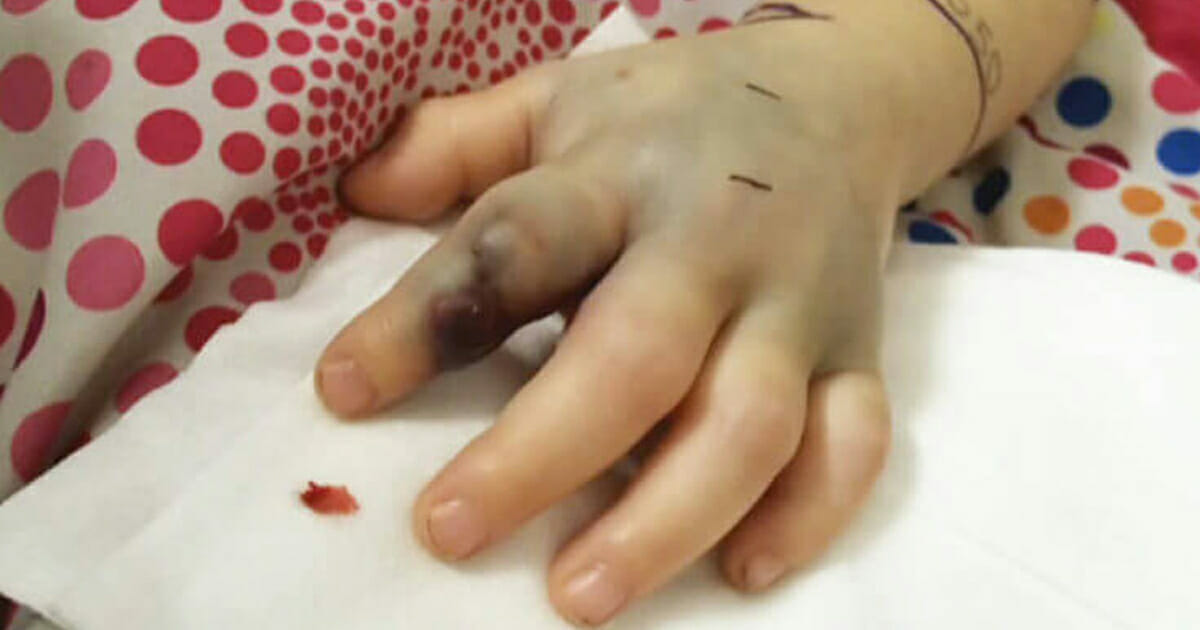 No matter who you are or where you’re situated, it’s always good to have a base knowledge of the wildlife around you.

This includes the animals and insects you may come across, many of whom are more active in the summer months when the sun is out more often than not.

Depending on where you live, this can be a matter not just of general interest but of survival. We share this planet with innumerable other creatures, and some of them can be deadly.

As a result, it’s always important as a parent – particularly those who live in rural areas – to know where and what your children are doing. One family from Texas know this as well as anyone, after their daughter had a scare that could have cost her life.

Little Kiley Cook, who was just two-years-old at the time, was at preschool one morning in 2016. Everything seemed normal, everything was going as it always did.

That was until dad Michael got a sudden phone call from his partner, and Kiley’s mom, Nataly. She was with her daughter at the preschool, and she had panic in her voice.

Michael immediately sensed something was off. He asked her what was wrong, to which she delivered an answer he’ll never forget.

Their daughter had been out playing when she was bitten by a copperhead, a venomous snake endemic to Eastern North America. Kiley’s hand and forearm had quickly started to swell and darken, and the girl was in great pain.

“Her fingers turned black and her whole hand began to balloon out,” Michael explained to ABC 8 News.

The two-year-old was flown to Cook’s Children’s Hospital in Fort Worth, where she received the care she needed and was soon restored to health.

Of course, every parent fears seeing their child in such a state, and so Michael and Nataly are aiming to spread their story around to others as a warning. They’re message is a simple one: if you live in areas where dangerous animals and insects roam, always check playgrounds before letting your child play freely.

Staff at the preschool in question were vigilant, and yet this accident happened anyway. Be careful!

Please share this so others learn about the pitfalls and potential dangers. It could save a life this summer!