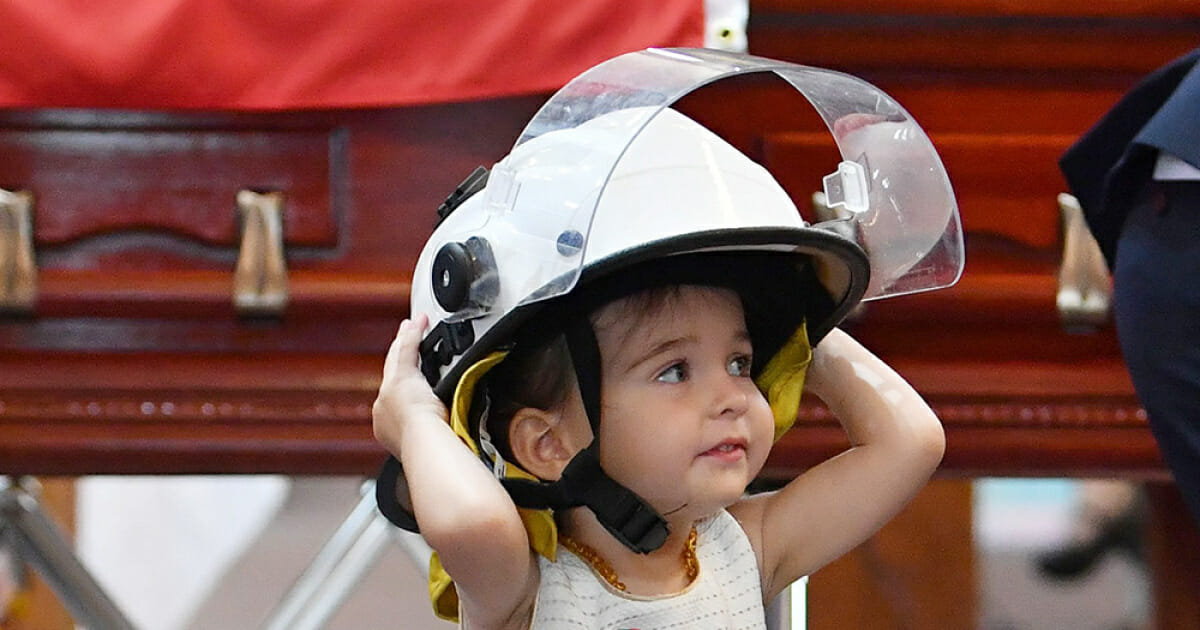 Andrew died battling the bushfires ravaging New South Wales, Australia, when the truck he and another volunteer firefighter were in got pushed off the road by a falling tree on December 19.

The 36-year-old’s daughter stood beside his casket at the funeral on Tuesday, wearing his helmet and a newly presented service medal.

32-year-old Geoffrey Keaton, a father himself to a 20-month-old, was killed alongside Andrew whilst battling blazes southwest of Sydney.

As per reports, little Charlotte refused to leave her dad’s side during Tuesday’s service, held at Our Lady of Victories Catholic Church.

The fallen firefighter was posthumously awarded a service medal by the Rural Fire Service (RFS) at the funeral, while Commissioner Shane Fitzsimmons delivered a heartfelt eulogy describing Andrew as a hero.

“Charlotte should know her father was a selfless and special man, who only left because he was a hero,” he said, according to the Daily Mail.

The effects of the wildfires have been widespread and devastating since September. Reports say the current human death toll stands at 25, while more than half a billion animals may have lost their lives.

Rest in peace, Andrew and Geoffrey. We’re sending all our prayers and thoughts to their families at this difficult time.

Share this article to send well wishes to all those who have been affected by the wildfires in Australia!