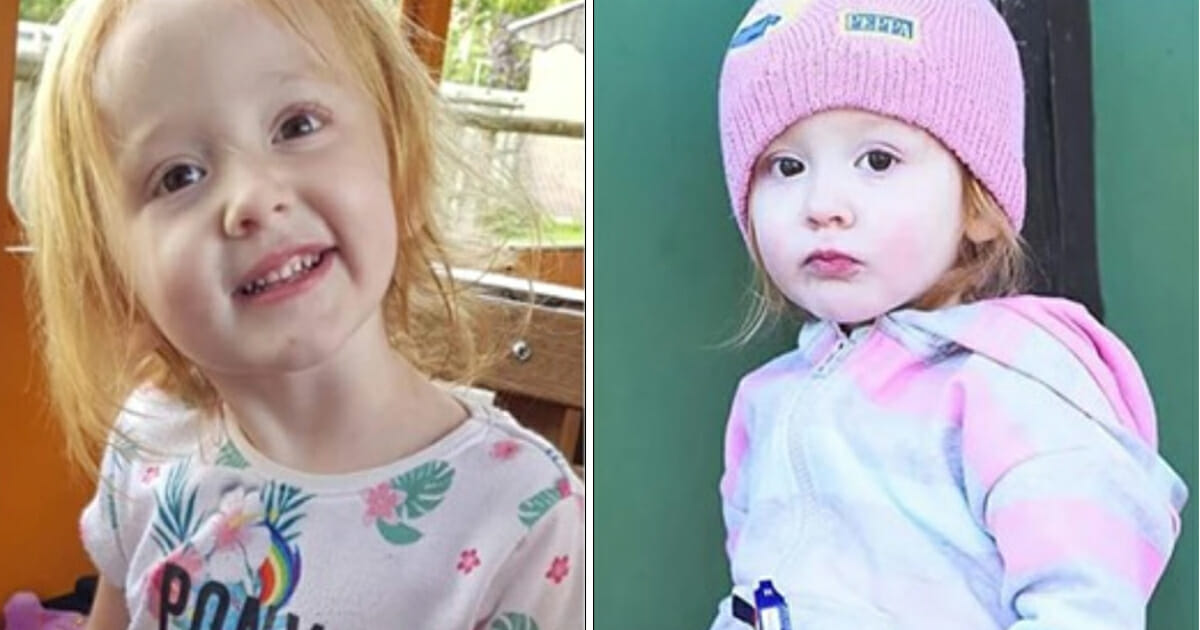 When we’re sick or notice changes in our body, we like to believe that a trip to the doctors will solve all problems.

It’s sometimes easy to forget that doctors are humans too, and, as a result, are prone to mistakes and errors just like the rest of us.

One mother from Rayleigh, UK, has shared the heartbreaking moment her young daughter died in her arms after being misdiagnosed by medical professionals as having constipation.

As per the Daily Mirror, it transpired that three-year-old Aoife Flanagan-Gibb had a rare form of stomach cancer. Despite mom Eilish Flanagan having taken her to the doctors 11 times in three weeks, the sickness was missed until it was too late to do anything.

According to the Mirror, Aoife died just five days after she was eventually diagnosed with stomach cancer, having suffered pain all over her body.

“It was completely unexpected, she had a huge cardiac arrest,” Eilish said.

“I held her because I knew something was wrong with her. She died in my arms.

“As soon as she passed away and I was out of the hospital I knew she couldn’t end there. Her life on this planet, that couldn’t just be it. We needed to do something for the other children.

“I was researching germ cell cancer and there’s no charity for it. It’s rare but very real, it can happen to anybody.

“I donated part of her organs, tissues and tumours to doctors so we can learn how to give more chances to other children. It couldn’t be in vain.”

Now, Eilish is aiming to wage a war in her daughter’s name, one with the aim of creating the UK’s only germ cell cancer charity to raise awareness and money for other children suffering from the disease.

According to Eilish, Aoife was a bubbly and happy child until the beginning of June this year. Around that time, the three-year-old began to experience pains in her stomach.

“I took her to see the GP or a consultant doctor 11 times in three weeks,” Eilish said.

“She’d been in and out of hospital with different infections and problems but they kept telling us she had common child constipation.

“As a mother I knew there was something else wrong. I raised my concerns and she had pains in other areas of her body but the doctors never examined her. She had a tumour on her bottom but they failed to investigate it.

“We saw as a family, and we’ve got the support of doctors at Great Ormond Street Hospital, that the doctors should never have missed what was wrong with her.”

Sadly, by the time doctors knew what they were dealing with, it was too late.

This morning I have woken up to so much support for Aoife and her story, her beautiful little face is shining so…

“We were told by consultants at GOSH that she had germ cell cancer and it was welcomed because that type of cancer is so reactive to chemotherapy,” she said.

“But it was just too late. They didn’t give us a fair chance.

“She was scared because she had lost quite a lot of weight but she still had the courage in her and she was fighting with every ounce of her body, she was so brave.”

Aoife passed away suddenly in hospital on July 7.

Rest in peace, Aoife, we’re sending all our prayers in your direction.

Share this article to show your support in the fight against cancer!