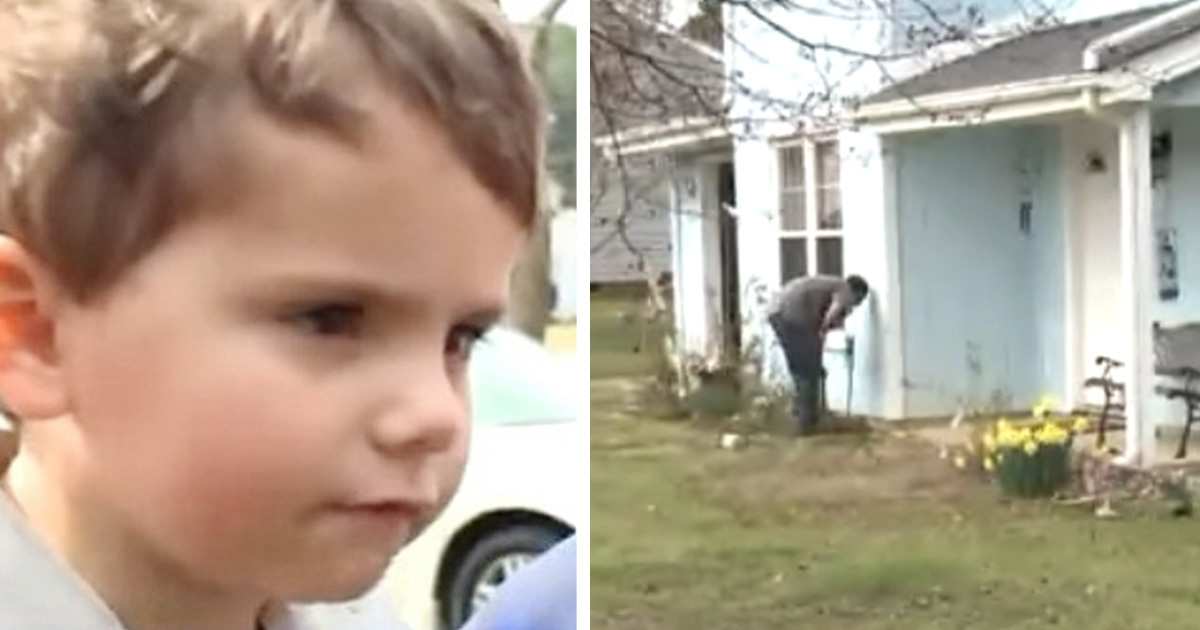 Meet Jaxon Lopez, a feisty and inquisitive 3-year-old from Gloucester, Virginia. He loves the show PAW Patrol. For those of you who don’t know what that is, it’s a children’s TV show about a little boy and 6 dogs who rescue people in need.

Earlier this year, Jaxon became a superhero himself. Maybe it was all that superhero watching on TV that did it.

His story has not only brought the boy to fame in his local hometown — he’s now also an internet sensation.

It was an ordinary day and Jaxon was over at his grandma’s house. His mother Kelsea Spouse came to pick him up and at some point, walked back to the car to get something.

It didn’t sound like a literal cry for help, though. It was more like Jaxon was imitating a sound he was hearing, or had perhaps heard earlier. Parents can certainly relate to moments like this: when your child gets fixated on one particular word or expression, and repeats it all day long.

Normally, that can be rather endearing. But unfortunately, it wasn’t the case in this particular instance. Jaxon was in fact hearing a call for help, and was echoing it.

Before Kelsea knew it, her 3-year-old son was running towards the neighbor’s house. He was on a mission to get to the voice he was hearing.

And it’s a good thing he did.

Kelsea followed her little boy into the neighbor’s yard and could now hear someone crying for help as well.

The cry led them to the neighbor’s garage, where they discovered the neighbor laying helpless on the ground, bleeding.

Turns out she had not been feeling well that day and had collapsed onto the ground, hitting her head in the process.

Kelsea told Jaxon to hurry back to his grandma, and then called 911 while staying with the neighbor.

“He said ‘Granny neighbor, help,’ and I thought, what is he talking about?” grandmother Danette Lopez told WTKR 3. “He grabs my wrist and he’s pulling me to the door, I’m thinking he’s playing because nothing like that had ever happened.”

An ambulance quickly arrived to the scene and transported the neighbor to the closest hospital.

The neighbor had a speedy recovery and has since been calling the little boy her little hero. And as if helping save her wasn’t enough, when she was recovered little Jaxon even picked some flowers to make a bouquet for her. Is this the sweetest most considerate little boy ever or what?

Watch the news report below for more.

What a lovely story! Jaxon truly is a hero at the tender age of 3. Please consider sharing this amazing story to honor this clever 3-year-old and his great instinct!