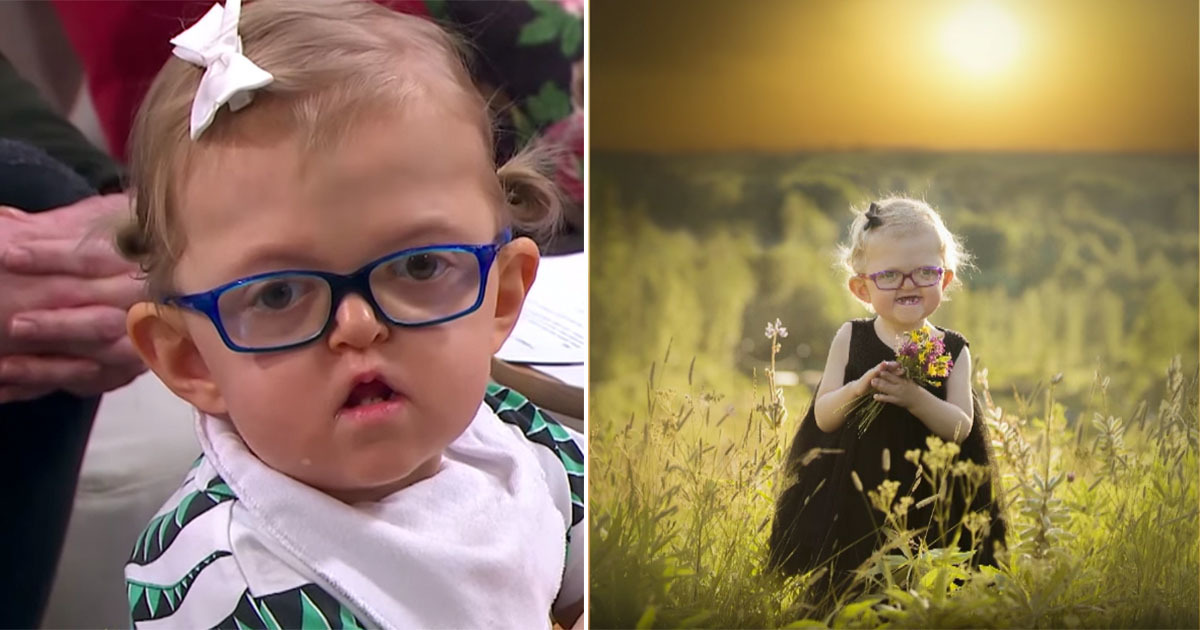 Three-year Minea was born with a genetic disorder that prevents her skull and other bones from growing normally. She’s spent most of her life in the hospital. But now she’s inspiring others by showing them that anything is possible. She’s become a model in a photo project for children with special needs.

When Simone Karlsson gave birth, her daughter, Minea, was immediately taken away from her. Doctors told Simone that her daughter had a genetic disorder, and the new mom feared she was going to lose her baby just as fast as she welcomed her into this world.

Fortunately, little Minea survived, but she had a tough start in life. Several weeks passed before doctors were able to diagnose Minea’s condition. She had Apert syndrome, a genetic disorder that causes her skull and facial bones to grow abnormally, while her fingers and toes are fused together.

Over the first three years of life, Minea visited the hospital more than 250 times, underwent nine surgeries, and had to wear several casts.

“Normal everyday life is something we can’t take for granted. Our family has become very grateful for what we have,” Simone told the Swedish morning news program Nyhetsmorgon.

But life has a way of taking some surprising turns. Now, Minea is three years old and has a thriving modeling career.

Minea’s aunt Julia, a photographer, wanted to see if she could use her talents to help her niece and other children in similar situations.

“Minea’s taught me a lot. She’s at least as great or even more wonderful than other children. However can I help, I want to do it what I can.”

Julia started the project with Minea to celebrate children with special needs or who have unique or unusual appearances. The photography project showcases these children and showcases how unique and beautiful they truly are.

“I hope the project creates a good platform for the children to show society that they’re okay, that everyone is special in their own way. That’s what we want. We want to pay tribute to these children,” says Julia.

Minea’s goal for the project is to raise awareness for Alpert syndrome and to make the lives of children with diabilities easier in the future.

Please share this article to spread Minea and Julia’s message that every child is unique in his or her own way.