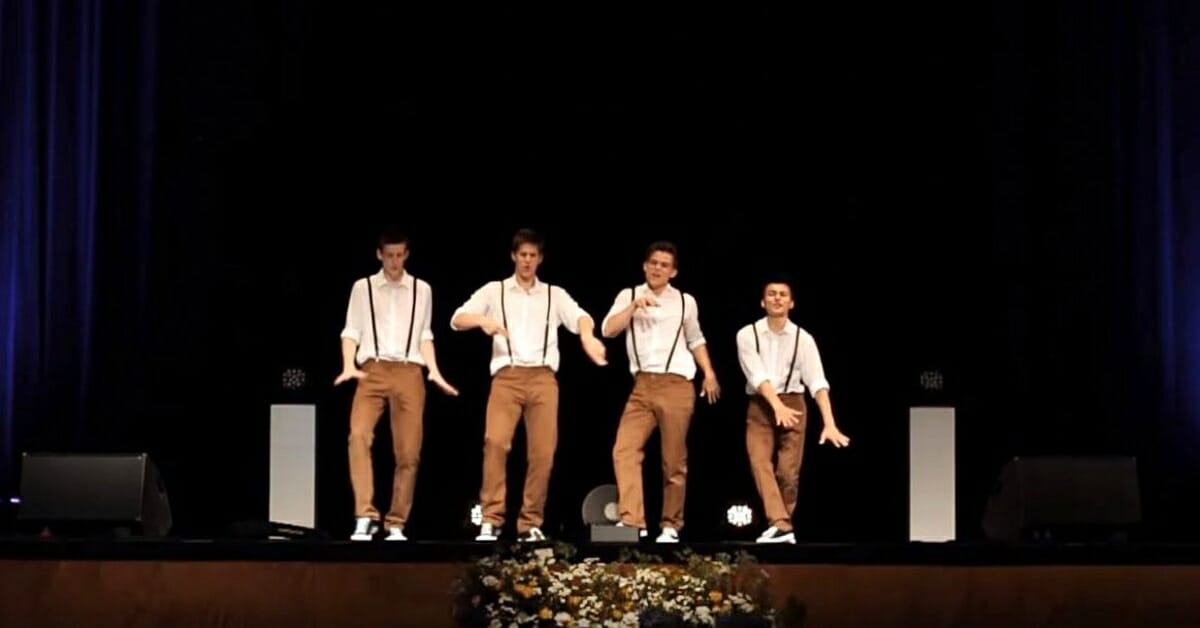 Since the dawn of civilization, music and dance have been a huge part of people’s lives. They tell stories, restore hope, provide the backdrop to celebration, as well as keeping traditions.

For many people, simply hearing a familiar song can bring them back to a memory of a specific time and place. It may be the first time they heard the song, or that song was playing when something monumental happened, but it is the song that keeps the memory locked in place.

Music and memories are often interpreted and expressed through dance, something that these four high school students show in their ‘New Evolution of Dance’.

They take the stage wearing simple matching outfits of brown pants and white shirts, accented with suspenders. It was their prom night when they decided to perform their well-rehearsed routine. With the boys on the stage, a familiar song starts to play. Ben E. King’s classic song, “Stand by Me” fills the room. The boys begin their dance.

To everyone’s surprise, the song only lasts for a minute, or even less. Without warning, the tune switched to another recognizable favorite, “Let’s Twist Again” by Chubby Checker.

With only those two songs, it would have been a great performance. But, these teens were just getting started… In a brilliant and entertaining performance, the teens tackled songs and dance crazes from the 1960s, 1970s, 1980s, and more.

Each one was more familiar and unforgettable than the last. In under ten minutes, these teens were able to bring years of music and dance to life in a wonderful way. What many may not realize about this fun performance is that it is a remake of a popular Youtube video titled ‘Evolution of Dance’ and it was one of the first videos to ever go viral on Youtube.

There have been lots of parodies of the video since it first appeared in 2001, but we think that this is one of the best ones yet! A lot of planning, rehearsal, and choreography went into making this particular performance a success. These boys show they have tons of talent and their classmates are obviously impressed.

Watch the video below to see their entire performance.