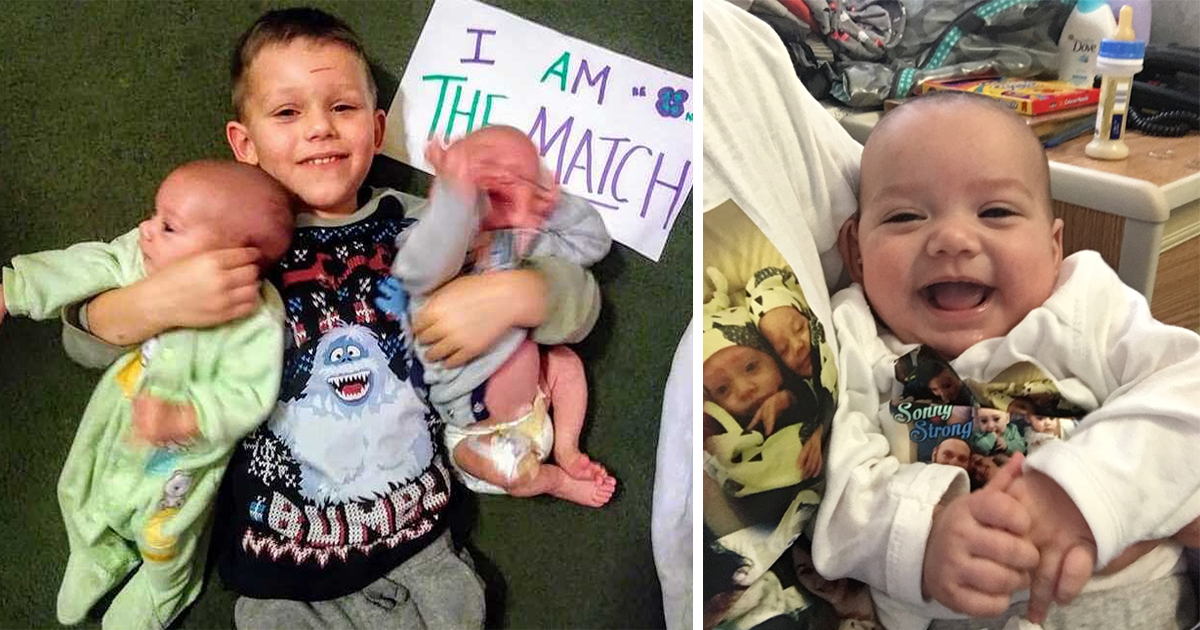 Getting ready to have a baby, whether you already have children or not, is a daunting task indeed.

A whole host of logistical problems are normal, as well as the inevitable surprise or two that happens along the way. Yet when all is said and done, the biggest fear any would-be parent has is that their baby – or babies – won’t be perfectly healthy.

Robin Pownall, 31, of South Philadelphia, Pennsylvania, and her fiancé already had two boys, Dominick, 9, and Michael, 4. When they found out they were having twins, they were nervous but incredibly excited.

As she told LoveWhatMatters, however, the boys, Santino and Giovanni, were born prematurely on October 14, 2017 at 33 weeks gestation, and spent weeks in the NICU.

Robin wrote: “We were then sent home and spent 10 days home until Santino and Giovanni both tested positive for Chronic Granulomatous Disease (CGD), a rare immune disorder that affects part of your immune system and makes them unable to fight certain infections on their own.

Santino was hospitalized for a wound infection, and we have been at Children’s Hospital of Philadelphia (CHOP) ever since. We realized the only way to live a normal, healthy life was through transplant.“

Robin went on to explain that the family’s oldest son, Dominick, also had Chronic Granulomatous Disease, but was considered cured after a stem cell transplant he received eight years prior.

“Our middle child, Michael, who is only 4, has matched with both twin brothers as being the perfect sibling match for a bone marrow transplant,” Robin said.

“We told Michael he was the match and asked him if he would help us save his brothers lives. Michael said, ‘I’m gonna give them with my bone marrow!’ I explained the entire process with him, how it may hurt, and that he will be getting a pretty large needle. He said, ‘Is it going to save them?’ We said ‘yes’ and he said, ‘Okay, I’ll do it then!’

As per Robin, Michael was naturally scared in the beginning, but he showed bravery far exceeding his years. The 4-year-old’s brothers were forced to first undergoing chemotherapy treatment to take out their immune systems, before receiving Michael’s bone marrow.

“Michael is proud to be saving his twin brothers lives,” Robin wrote at the time. “He is so brave, he leaves his arm out for the nurse to draw his blood. He knows what he’s about to do. It’s truly inspirational. He gives me strength just watching how strong he is.”

As per an update on a GoFundMe page established by the family, the transplant went ahead successfully and Santino and Giovanni both left hospital healthy and happy!

What a brave boy Michael is, and thank God he could help his brothers out in their time of need.

Share this article to praise the bravery of this little one!