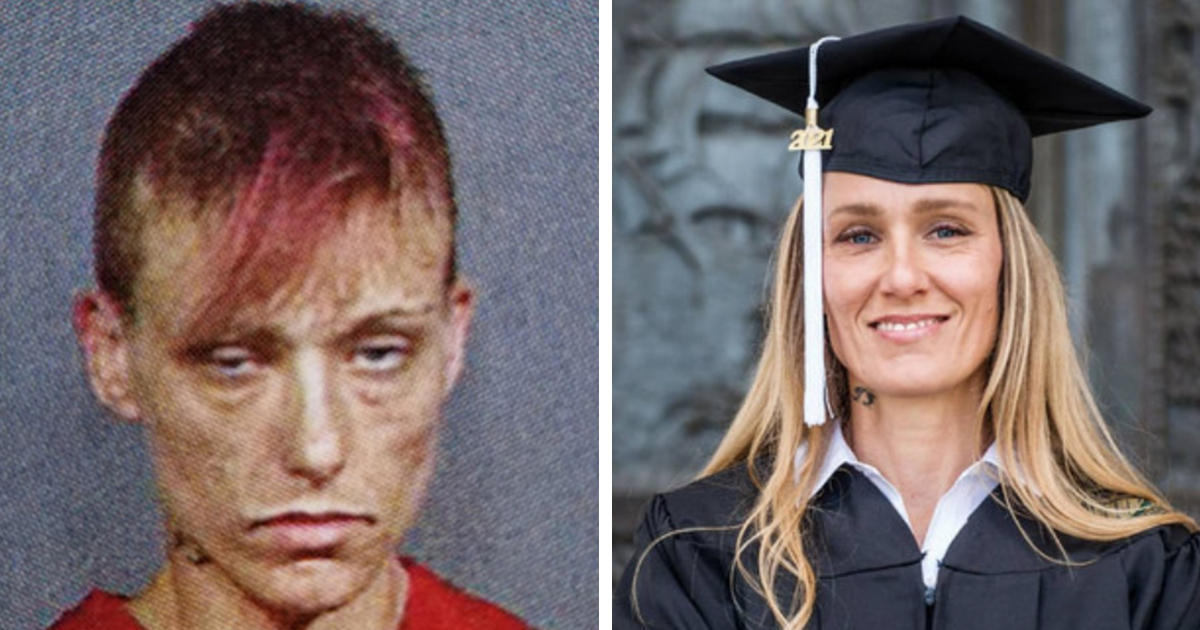 We all encounter difficulties in our life, some grave, some less so. What usually matters most is the courage and determination with which we face those difficulties, and the importance of remembering that it is never too late to turn things around.

Ginny Burton knows a thing or two about that, believe you me. Her incredible story of hardship and eventual triumph was recently published by Local12 News, and boy does it make for good reading.

As per Local12’s Eric Johnson, he first came upon Ginny several years ago, while researching the epidemic of homelessness that had gripped Seattle, and so many other places across the United States.

“I walked into a men’s shelter called Lazarus Day Center, run by Catholic Community Services,” Eric wrote. “I don’t know what I was looking for. I just wanted to talk to somebody and learn.

“I introduced myself to a woman who was working there. She had long hair and seemed tired. She was being pulled in about five different directions and seemed a little suspicious, but she stepped outside and talked to me for a few minutes.”

That woman turned out to be Ginny Burton. As per Local12, Eric once again met Ginny two years later, after calling Lazarus to see if she still worked there.

“When she called I said, ‘I don’t know why, but I think I need to talk to you again…'” Eric wrote.

It was then that she explained her life story, which included being born to a mother who was a drug addict and dealer who suffered from mental illness. Her father, meanwhile, was sent to prison when she was just four after committing a series of armed robberies.

As a result of her troubled childhood, Ginny was smoking marijuana by age six. Her mother then introduced her to meth at 12, and by 14 she was smoking crack.

After reportedly being raped at 16, she then attempted suicide for the first time at 17. Two children and an abusive marriage later, Ginny became addicted to heroin when she was 23.

Ginny told Local12: “I am that person. I have 17 felony convictions. I am the person you used to clutch your bag when I walked by you. I am the person that would randomly attack somebody in public. I was not a savory person. Everybody was a victim, and everybody was prey.”

As for her life on the street, which consisted of her and a male accomplice robbing Mexican drug dealers at gun point, she continued:

“When you’re stuck on the street and you smell like feces and you haven’t showered in forever and you can’t make it into a social service during working hours because you’re too busy trying to feed your addiction, and your addiction is bigger than you… and you’ve compromised your integrity a number of times over and over and over again, and you’re starting to be victimized by the people on the street… you’re hopeless.

“You can’t stand your life. You would rather be dead than alive. I spent most of my addiction wishing that somebody would just blow me away.”

Realizing she was on a terrible path, Ginny tried to get clean and get straight, but she was lost to an unbreakable cycle of addiction. Her last trip to prison was in 2008, where she was locked away for 33 months.

After managing to stay clean for six months after she got out, she eventually relapsed. Then she was arrested on December 5, 2012, for the final time.

“A really slow one. I pulled out and a cop turned on the lights to pull me over for a light that was out. I took off and he chased me. I almost crashed into a tree in front of an apartment building. And that was it. that was the end.”

Only, it wasn’t the end. At least not the end of all hope.

After begging to be put on the Drug Diversion Court program, Ginny went through rehabilitation and treatment, where she was able to get, and this time stay, clean.

Determined to right the wrongs of her past, Ginny took up social service work for the Post Prison Education Program for seven years. It was there that she got the idea and inspiration to go to school.

She said: “It made me recognize how much time I had wasted in my life. And I also recognized that I was actually good at learning. something I enjoyed.”

Having taken classs at South Seattle College, Ginny would go on to apply to the University of Washington. In 2019, she was awarded a Martin Honor Scholarship to the UW.

At 47 years old, Ginny studied political science, and she excelled.

Recently, she uploaded two side-by-side photos to mark two extraordinarily different periods of her life. One, a mugshot from King County Jail in 2005, shows her at her lowest. The other shows her beaming in her graduation cap.

She wrote: “Today I’ve let go of feeling insecure about my age, the lines on my face, my genetics, my failures, and imposter syndrome to recognize that no matter what, if I’m still breathing, I can do anything I set my mind to. Graduating at 48 from the Political Science department at the University of Washington Seattle is a real accomplishment for this former quitter.”

Having read this woman’s tale of the lowest lows and the ulimate redemption, one simply can’t help but be inspired.

As for Ginny, she told Eric Johnson of Local12: “My story isn’t an accident.

“I think it will be used for everybody else. Maybe I can be some kind of Pied Piper, to help peoprecover their own lives. That’s what I care about. There are some days that I wish I could just slip away here, with a garden, and open up a little cafe. But in reality I know it’s my job to continue to create hope.”

What a breathtakingly beautiful story. Well done, Ginny, you’re a shining example for others facing adversity to follow.

Please, leave a comment on our Facebook page if you, too, think that Ginny should be praised for her efforts.

Meanwhile, share this article to ensure more people get to hear of her life.