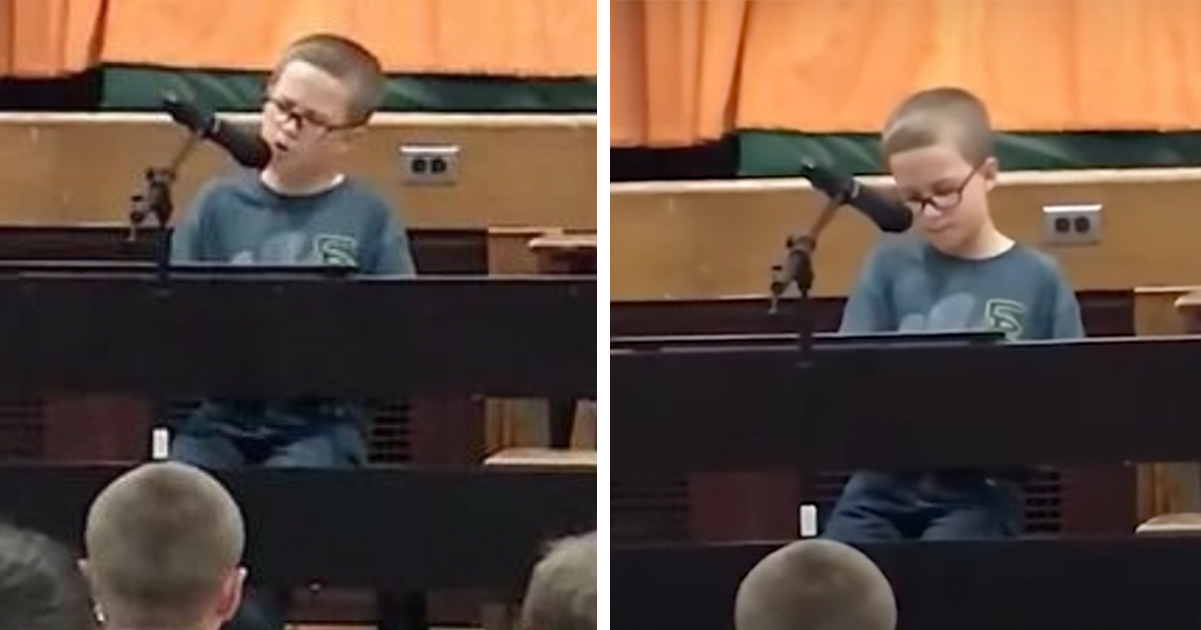 One of the greatest perks the internet has to offer is that of exposure. We’re talking about a spotlight being shed on those individuals whose talents and skills might otherwise have gone relatively unnoticed in decades gone by.

Platforms like YouTube, TikTok, and Facebook are perfect in this respect, giving people the opportunity to ensure their moments in the sunshine are seen and adored by an audience they could scarcely even dream of.

That was certainly the case for Adam Kornowski, a fourth grader at Lakeside Elementary School in Chisago City, Minnesota. Back in 2018, Adam took the stage at a small, local talent show.

His plan was to sing a popular classic. His hope was that it would be well received by the audience. His destiny, apparently, was to turn into an online sensation practically overnight …

Adam, then 10, had reportedly been playing the piano since he was five years old. He decided to test his skills at a small talent show being held at his local school, settling on Imagine by John Lennon.

Now, I think we can all agree that, though undoubtedly an incredible song, Imagine isn’t exactly a tune for beginners to try their luck at.

As one can imagine, performing the song to a live audience at just 10 years old is no mean feat.

Yet Adam was determined to go ahead and try anyway, and we’re wholly thankful that he did.

Put simply, he raised the roof at Lakeside Elementary School, leaving the audience positively in awe of his talents at such a young age.

The boy’s proud mom, Michelle, gushed on Facebook: “There wasn’t a parent in the room with a dry eye by the end. He got a standing ovation and the applause lasted forever!

“A woman stopped me to tell me that she would buy it on iTunes if I put it out there!! I love his bow at the end … so polite!”

Watch the show-stopping performance below:

I don’t know about you, but I think that’s one of the best renditions of John Lennon’s classic I’ve ever heard.

Please, share this article on Facebook to ensure that Adam gets the recognition he deserves for his courage to play so well in front of so many people.