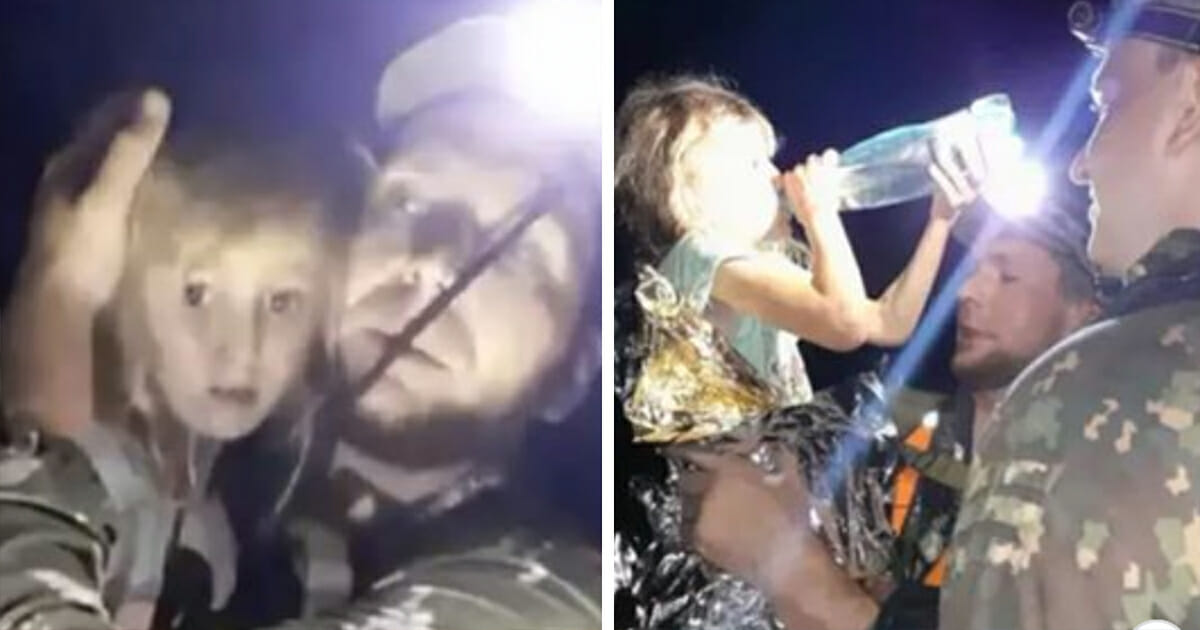 Rescuers have found the five-year-old girl who was missing in a Russian forest for three nights.

According to reports, Zarina Avgonina got lost in thick woodland in the Nizhny Novgorod region of Russia after attempting to follow her grandmother on a trip to pick wild mushrooms.

In the aftermath of her disappearance, search parties and dogs were deployed, but fears soon grew when the girl hadn’t been found after days of heavy rain. It was thought Zarina might have drowned in a ravine, or else been eaten by wolves or bears, both of which roam the woods. These fears were further heightened when search parties found bear paw marks close to a set of Zarina’s footprints.

The five-year-old was found on Wednesday (August 21), however, and proceeded to tell rescuers that she wasn’t scared but, rather, hungry.

Amazing ??Miraculous moment Russian five year old Zarina Avgonina is saved by rescuers after four days in the woods alone being stalked by a BEAR. https://t.co/wtZEQyGyVs

When Zarina Avgonina disappeared in the woodland of Nizhny Novgorod, a search was scrambled to bring her home. Rescuers were put at a disadvantage though, given the fact that she was “scared of men”. This meant that only women could call out for her during the search, and posed the issue of her potentially not answering if she could see men around.

On top of that, Zarina’s mother was unable to help the cause. She was in hospital in order to give birth to another child.

Factor in terrible weather, wolves and bears into the mix, and you’ve got quite the recipe for disaster.

Just when it seemed as though all hope might be lost, though, rescuers stumbled upon little Zarina’s footprints and followed them to where she was hiding in the foliage.

As per reports, one rescuer explained: “The most interesting thing is we asked her: ‘Are you scared?’

Zarina was thereafter taken to the district hospital, where she was cared for overnight before being permitted to go home.

A local health ministry spokesman said: “The child is in a serious but stable condition. She has severe dehydration.”

We’re sending all our prayers in the direction of this little girl. Thank God she pulled through, and a huge thank you to the rescuers for tracking her down and saving her life.

Please share this story to pay tribute to those who were able to rescue this brave little girl!