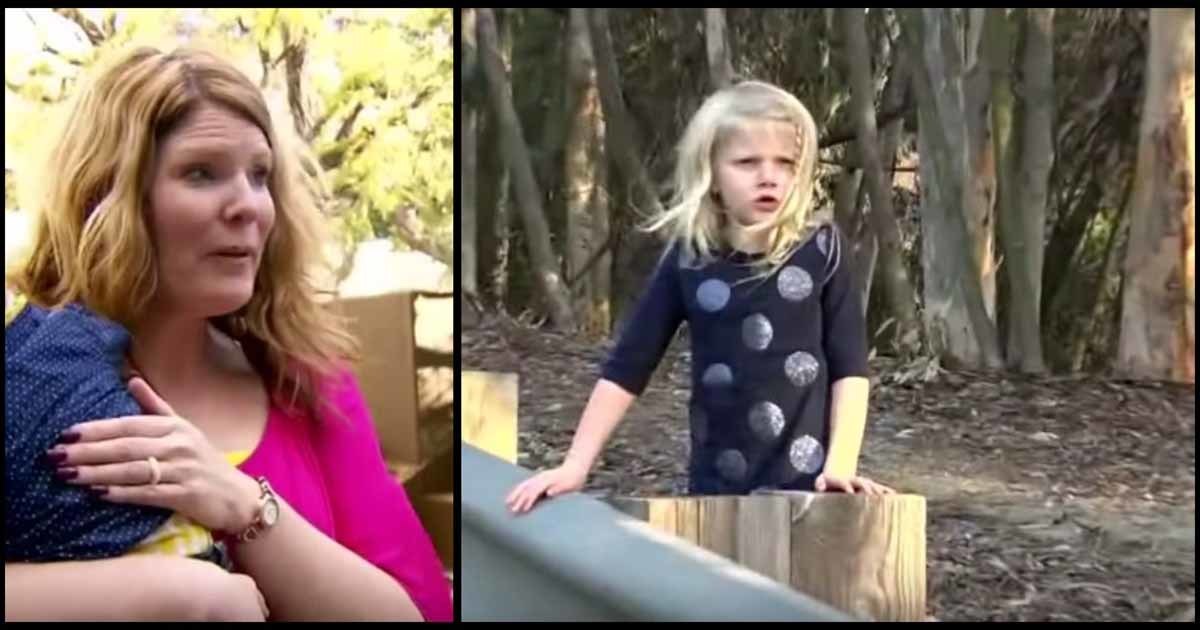 The Shymanski family was enjoying a perfect vacation in the Canadian Rockies. But all too soon, Travis, the dad, had to return home and go back to work.

His wife, Angela, and the couple’s two children, 5-year-old Lexi and 10-week-old Peter, stayed a bit longer before heading home, as well.

But their drive home didn’t go as planned. Angela was exhausted, and when night came, she fell asleep at the wheel. The family car veered off the road and leapt into a 40-foot (12 m) ditch.

The car was totaled, and Angela’s back was broken and she was knocked unconscious.

But everything ended happily—thanks to a 5-year-old with a heart of gold.

When five-year-old Lexi realized that her mother was unconscious, she instinctively knew what to do. She took off her seat belt and climbed out of the car. She was barefoot, but she didn’t let that stop her from getting her family the help it so desperately needed.

Lexi climbed barefoot 40 feet (12 m) up a steep embankment in order to get help. And when she reached the top, she waved his arms and managed to flag down a car.

Two kindhearted strangers saw the barefoot girl on the side of the road and stopped. They saw the wrecked car and called the authorities. And soon a helicopter arrived on the scene to airlift Angela and her children to the hospital.

After the accident, Angela had great difficulty walking. She had back surgery and was constrained to a wheelchair. But after a long recovery, she learned to walk again.

Today, her life is back to normal. She and her family live a happy, worry-free life despite the car accident that fateful night—all thanks to 5-year-old Lexi.

“When I look at her, she’s the reason I’m alive, and my baby’s alive, and our family’s together,” says the proud mother of her little hero.

After the incident, Lexi was not only recognized by her family for her bravery and quick thinking, she was also awarded the Medal of the Royal Canadian Humane Society, which she received for her heroism and invaluable contribution. At the time of the ceremony, Lexi became the youngest person ever to receive the award. Condign!

See pictures footage from the ceremony and hear Lexi’s tearful dad talk about his love for his family and the gratitude he has for little Lexi in the video below:

It’s amazing that such a young girl knew just what to do to save her mother and baby brother. Share this article to pay tribute to Lexi! She deserved that medal!