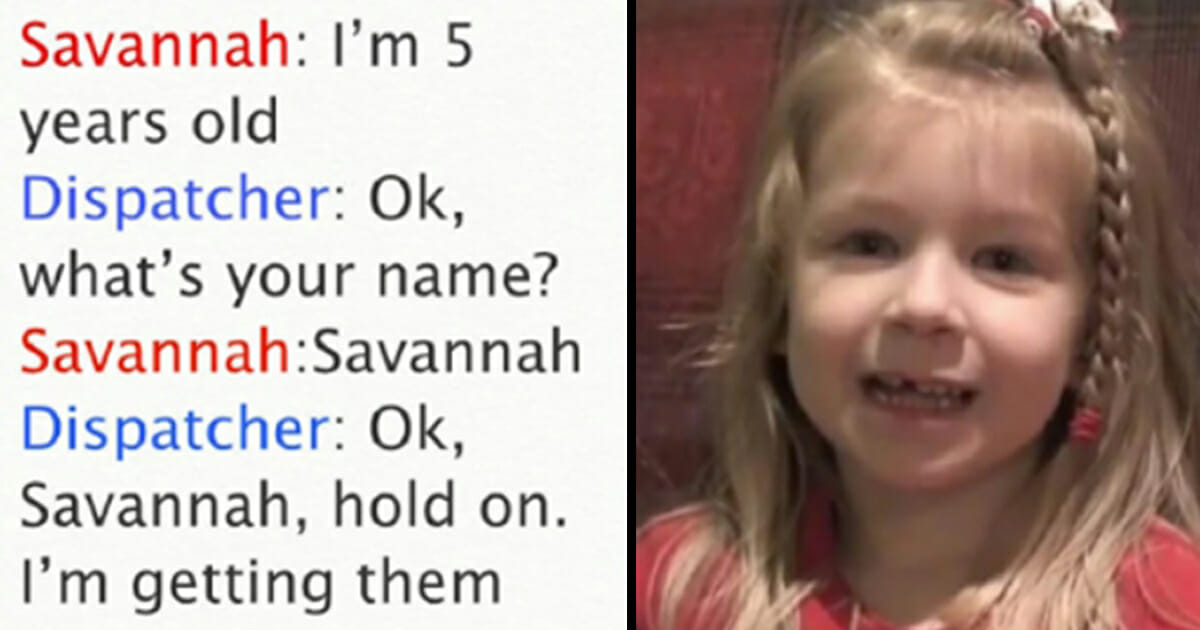 5-year-old Savannah, of Hancock County, Indiana is being hailed a hero online after saving her father’s life with an absolutely hilarious call to 911.

According to reports, the youngster noticed that her father was having trouble breathing, so immediately called the police. She managed to get through to dispatcher Jason Bonham, and the resulting phone call shared between the two of them now ranks amongst the cutest things we’ve ever heard.

The audio clip of the phone call was uploaded online, and in it Jason can be heard reassuring Savannah that help is on the way. She relays the information to her dad, before then wondering (out loud) if it’s OK for him to be in his pajamas with company en route.

She ultimately decides that at the very least she has to go to her room to change. Jason is quick to tell her that it’s vital she stays with her father until help arrives, and she dutifully does what she’s told.

Next, she introduces Jason to her dog LouLou, who she describes as being “friendly, but barks a lot.”

Jason himself was left impressed by how calm Savannah remained despite a terrifying situation.

“Most people when you talk to them, they’re hysterical,” he said. “Every time I’ve listened to it it’s amazing. She’s just a little person.”

All told, Savannah stayed on the line for ten minutes, talking to Jason and ensuring he was kept up to date with her dad’s condition.

Fortunately, her father made a full recovery, meaning this story can go down in the family history books as Savannah’s finest – if not funniest – hour!