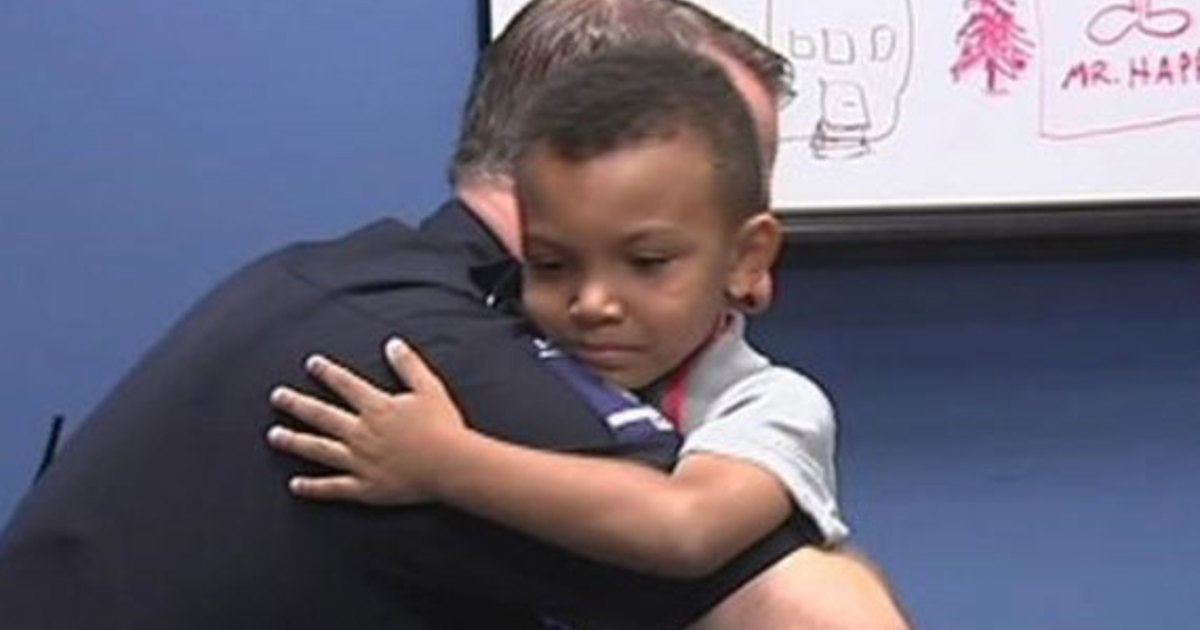 One of the main duties of the police force is to keep the public safe and reduce crime.

And in order to do this, they put their lives at risk apprehending violent criminals, and even sometimes face protests from the very they’re entrusted to protect.

One person who heard about the violence on the radio was 5-year-old Jayden.

At a time when hatred was growing and frustration was enormous, this 5-year-old decided to respond with love.

On September 20, 2016 a police officer shot Keith Lamont Scott dead during an operation in Charlotte, North Carolina. The tragic event stirred up strong feelings in the city.

According to the Charlotte Observer, 16 police officers were injured during protests against police brutality.

Deanna Hooker, the mother of five-year-old Jayden, was in the car with her son when they heard a radio report about the violence.

Little Jayden listened carefully and decided that he wanted to do something.

Later, Jayden’s mom wrote about her son’s effort to spread love and show his appreciation for the police officers in the area.

“I wanted to share a little story and shed some love and light on a very tough time for us in Charlotte, NC. Our streets are at war with protests and division has led to destruction and violence in our city.

My son heard helicopters and sirens all night and woke up crying. We decided to send him to school the next day to offer normalcy in a tough time for our city. On the way he heard about police getting injured from protests on the radio. He asked me if he could bring the police donuts and give them hugs for all they do.”

“It is amazing how much children can teach us during times like this.

I respected his wishes and took him to the Charlotte PD where he gave out hugs and donuts and told every officer he appreciated all they do to keep us safe. This is love in its purest form and what our world needs right now.”

Just like Jaydne’s mom writes, I also think we can all learn something from 5-year-old Jayden.