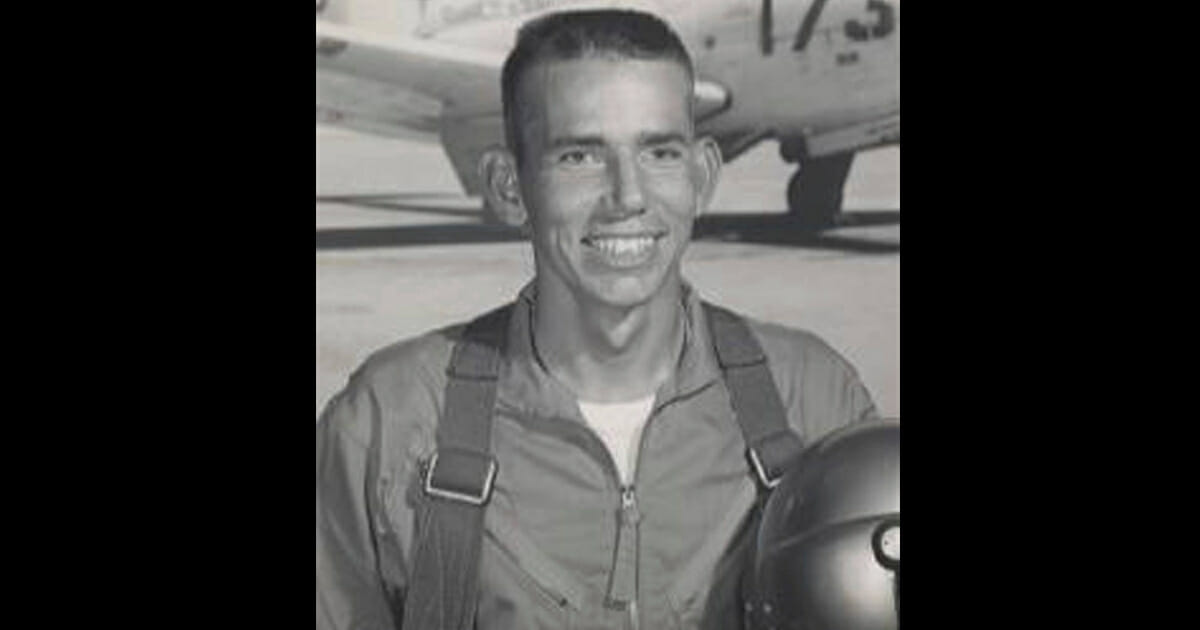 A Vietnam veteran is being laid to rest more than 50 years after disappearing during a thunderstorm at sea.

Navy Reserve Cmdr. Charles B. Goodwin of Haskell, Texas, was just 25-year-old when he clambered into the cockpit of an RF-8A Crusader and departed the aircraft carrier USS Coral Sea on September 8, 1956.

According to The Associated Press, Goodwin was taking part in a Vietnam War combat mission. Little did he know it would be his final flight.

Mere minutes after takeoff, Goodwin radioed that he was caught in a thunderstorm. It would turn out to be his last ever transmission.

Posted by Stars and Stripes on Friday, 5 October 2018

Search and rescue missions were launched for the missing pilot – both on land and sea – but no wreckage or remains were ever discovered. Goodwin himself was chalked down as missing in action as of Sept 8, 1965, nine years after he vanished.

Now, however, the Navy pilot’s remains will be returned to his family more than 50 years later, having been identified in May of last year, 2017.

Navy Reserve Cmdr. Charles B. Goodwin of Haskell has been missing since Sept. 8, 1965, when he reported hitting…

“Between April 1993 and December 2016, multiple attempts were made by the Vietnamese Office for Seeking Missing Persons (VNOSMP) and Joint U.S./Socialist Republic of Vietnam (S.R.V.) teams to locate the crash site, but attempts were unsuccessful,” the DPAA wrote on Oct. 4.

Eventually, scientists working with the DPAA were able to identify Goodwin through dental and anthropological analysis of his remains.

He was brought back to America for burial on home soil, which will take place today, October 12 at Texas State Veterans Cemetery in Abilene.

“A rosette will be placed next to his name to indicate he has been accounted for,” DPAA wrote on its website.

As per the DPAA, some 1,594 American servicemen and civilians are yet unaccounted for from the Vietnam War.

While Goodwin didn’t return home in the manner he or his family would have wanted, it may provide some degree of consolation that a true American hero is finally back where he belongs.

Rest in peace Charles Goodwin! We hope his family finally get the peace they’ve been seeking.

Share this article to show you support all the troops lost fighting for their country!