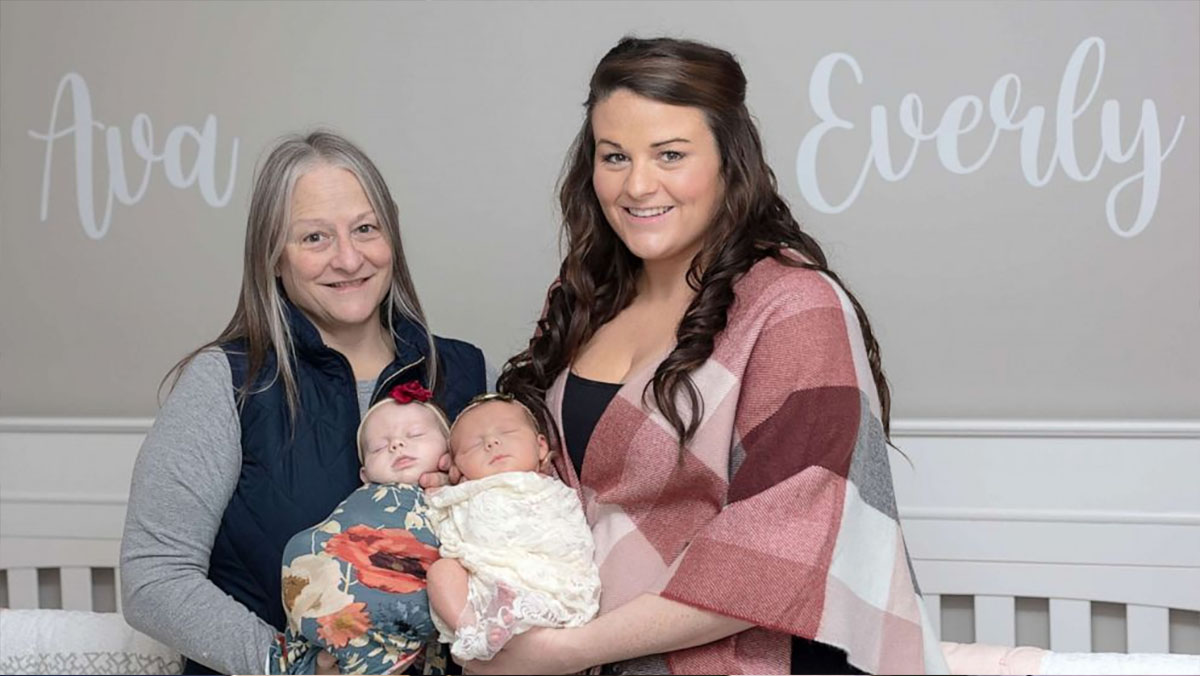 When Kelsi and Kyle Pierce got married they couldn’t wait to start a family with no idea of the journey they were about to embark on.

The two got married in 2016 and started their new life together in Minnesota; it didn’t take long before they started trying for a family.

But the road to getting pregnant proved difficult and Kelsi went to see her doctor to find out why they were having difficulties conceiving.

Initially, doctors told the couple that Kelsi had a low ovarian reserve, but following IVF, they found she couldn’t carry a pregnancy due to her uterus’ lining, which was too thin.

The couple tried for two years and ended up using all of their savings to try and conceive just for Kelsi to hear the heartbreaking news from her doctor that she was never going to be able to fall pregnant.

“We had already poured more than our savings and gone into debt incredibly just for what we had done before, so it wasn’t an option,” Kelsi told Good Morning America. “It was a very depressing time.”

They looked at the possibility of a gestational carrier until they were told the cost would be $100,000 and struck that idea off – until Kelsi’s mom Lisa Rutherford stepped in.

The 53-year-old offered be her daughter’s gestational carrier.

“When you have kids you want their life to be better, easier, more fulfilling than your life,” Lisa said. “I just thought I don’t have $100,000 to hand you, but this is what I can do to make your dream come true. It wasn’t even a question.”

Mom Lisa had multiple tests to establish whether she would be able to help her daughter this way and eventually the procedure was approved in December 2019. By the following February she was pregnant with her daughter’s child.

But the family experienced even more shocking news in March when Kelsi found out she was also pregnant.

“It was an awesome experience…Not only was I so excited for Kelsi to be able to carry a baby, but it was so fun to share our experiences with each other,” Lisa said.

The mom and daughter both had babies two months apart – two girls called Everly and Ava and mom and grandmother couldn’t be happier.

“Every time something is hard or I’m tired, I remind myself that this is my dream finally coming true,” said Kelsi. “I appreciate it so much more because of how long it took and how much struggle it took.”

This really does show the lengths parents will go to for their children. Lisa is amazing to give her daughter the gift of a child but for Kelsi to get pregnant after is unbelievable.

I wish this family all the love and happiness. Please share.