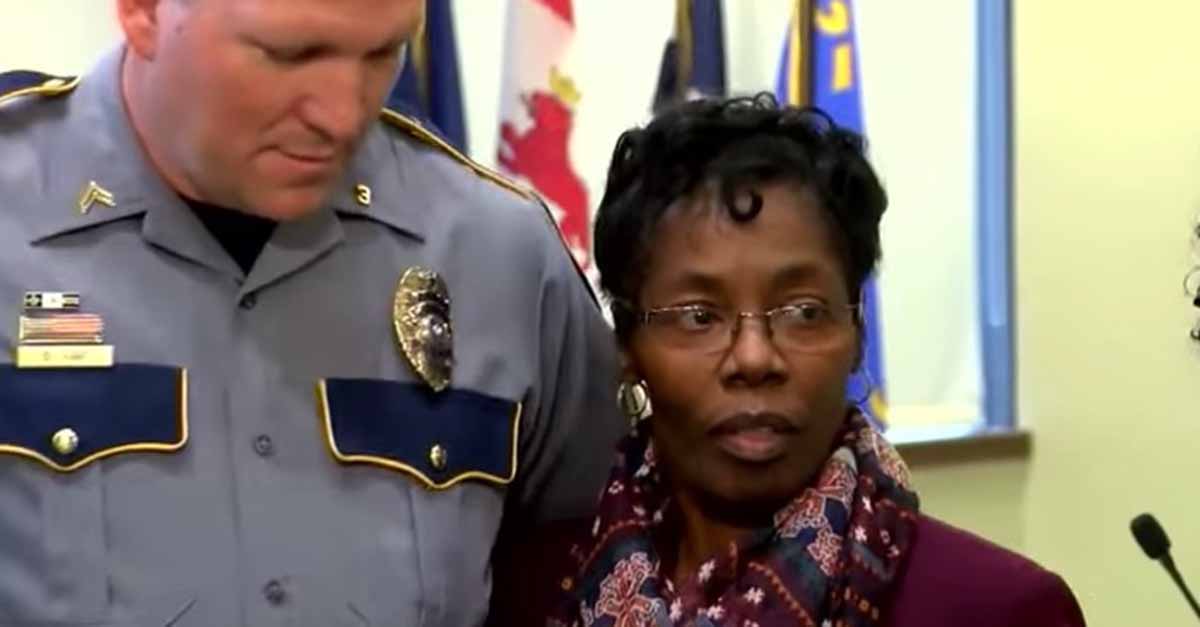 Heroes come in all shapes and all sizes. That’s the best thing about real life heroes; they’re not defined by their body or their strength, as much as the courage of their heart.

A grandmother named Vickie Williams-Tillman from Baton Rouge, Louisiana has proven herself to have bravery more than most after bearing witness to an argument between a police office and a civilian.

As per reports, Vickie was out running errands in her car when she spotted Officer Billie Amie in a heated confrontation. She got the feeling the officer was going to need her help, and so rolled down her window and asked Officer Amie if he required assistance.

It was then that the unruly civilian seized his chance, jumping on Officer Amie, grabbing his baton and hitting the cop on the head.

Little did he know, however, that the officer had backup in the form of the nearby grandma. Vickie called 911, got out of her car and leapt on the criminal’s back as he was going for Officer Amie’s gun.

“I’m just glad that he’s here,” Vickie told Inside Edition. “He was in a struggle. He needed help. I said ‘I can’t leave him.’ I looked in his eyes, and he looked back at me.”

With help from Vickie, Officer Amie was able to fight off the man until proper backup arrived.

“This a true here right hero that saved my life,” Officer Amie said at a ceremony honoring Vickie’s contribution, one where the mayor and the police chef were in attendance.

“I’ve always been a tough cookie, my husband always told me,” Vickie said.

Police were later able to identify the suspect as Thomas Bennett, who was subsequently arrested and charged.

Wow! Talk about going above and beyond in your duties as a citizen! Vickie, it’s incredible that you risked yourself in the moment and helped save Officer Amie’s life.