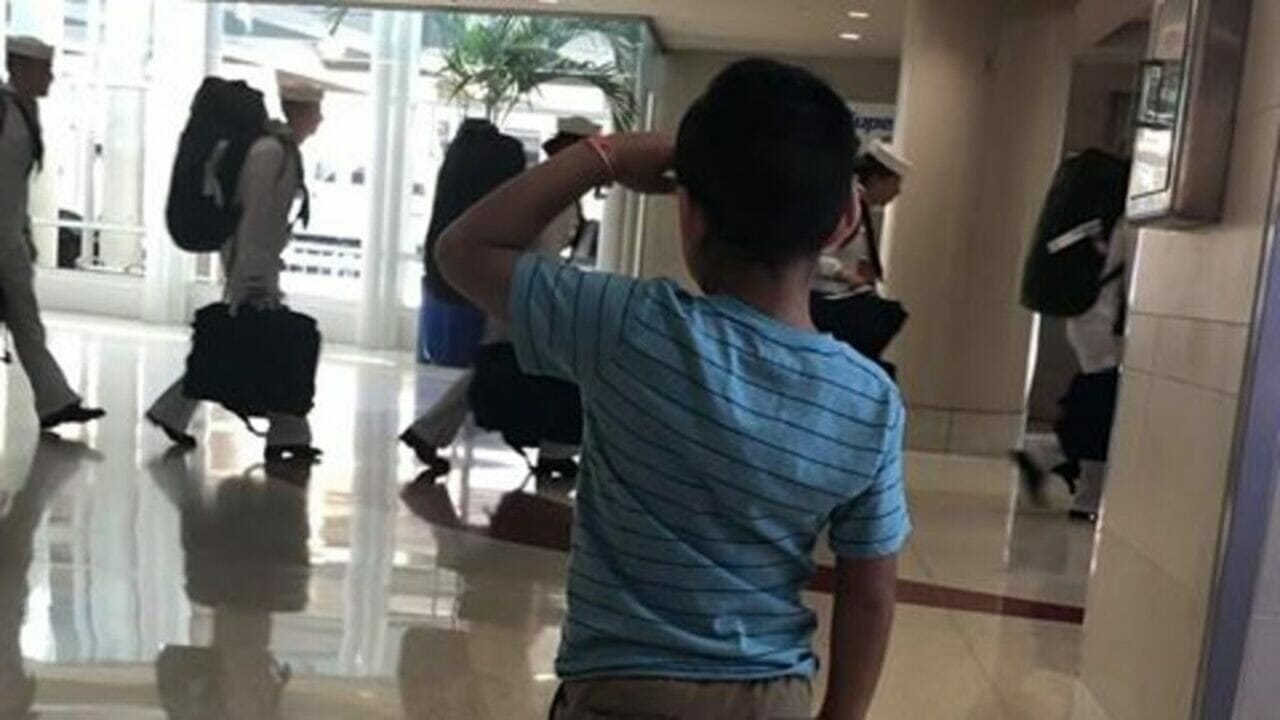 From an early age we’re taught to respect and honor our troops, and rightly so.

After all, the serving men and women who sacrifice so much for our continued freedom are deserved of it. As an adult I’m extremely aware of this, and I support our troops whenever the possibility arises.

That said, when I was young the concept could sometimes escape me. Sure, I knew that soldiers were doing brave things to protect us, but I hadn’t yet learned the true meaning of what it is to show gratitude.

6-year-old Jace Vega certainly does. A photo of the youngster has gone viral after the first-grader was snapped saluting military members at San Antonio International Airport.

Fox San Antonio brought attention to Jace by way of its Facebook page on Sunday. As of the time of writing, Jace’s photo has racked up almost 3,000 likes and 1,900 shares.

When asked why he had given the salute, Jace simply responded: “Because they fight for our country.”

Priscilla Pinales-Vega & Joe Vega sent us this photo of their son at the airport. According to Joe, when he asked his…

Jace and his family were at the airport to meet his father as he returned from a trip to Colorado Springs. It was then that the first-grader saw the military personnel and decided, of his own accord, to salute them.

“Why don’t you tell them [the station] what you told me that maybe you want to be a soldier someday, right?” Joe Vega asked his son, who responded: “Yep.”

Joe also revealed that he’s proud of his little boy, adding that the salute may have opened doors for him in the future.

Way to go, Jace! Such patriotic spirit and support for those who deserve it should never be knocked!

Share this article if you think little Jace deserves a bit of fanfare.