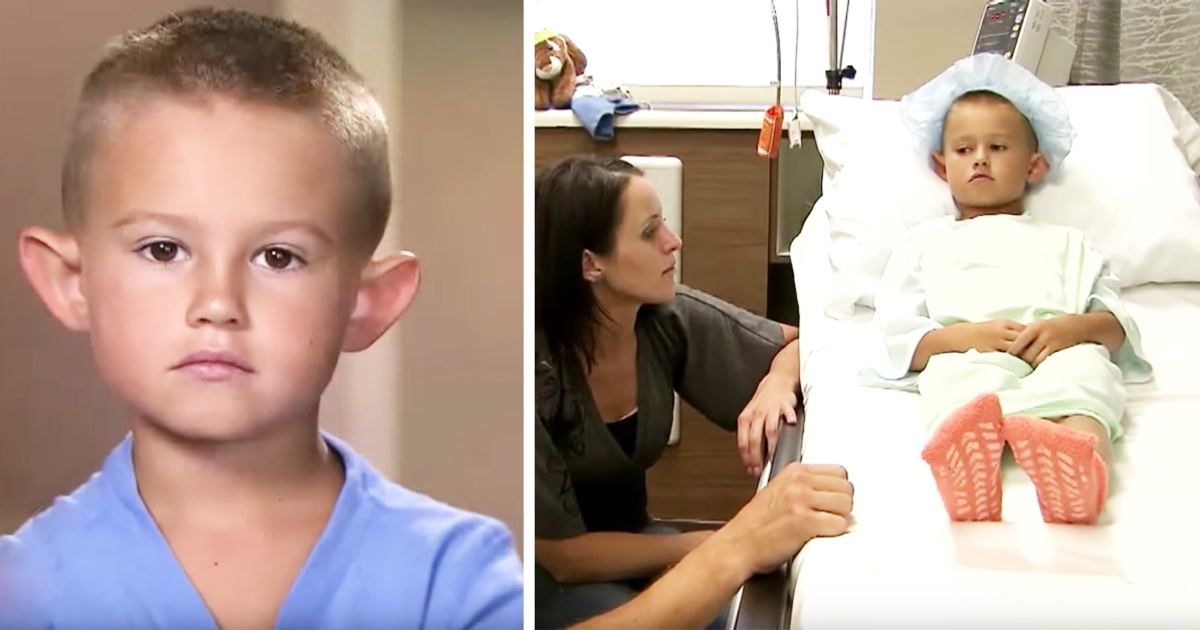 This story will surely raise eyebrows, and I struggle to think what I would do if I were in the same situation.

No parent wants to see their child suffer or be harmed, and Kallie Berger decided to do something about it.

Her son, Gage, had been the victim of bullying throughout his first year at school.

The 6-year-old’s classmates called him “Elf Ears” and teased him for his protruding ears.

Gage’s school should have worked with his parents to put an end to bullying, but Kallie and her husband, Tim, watched helplessly as their son continued to be bullied.

And it was then that the boy’s parents made a drastic decision—to put an end to their son’s hell.

Tim and Kallie Berger were devastated when they heard all the nicknames that their son’s classmates had given him.

The other students just couldn’t resist teasing Gage about his protruding ears.

The parents choked up seeing their son look in the mirror, while trying to hold back his ears.

“He just gets really down on himself and he thinks, ‘I’m not good enough,'” said Gage’s mother, Kallie.

Gage himself was clear about what he thought about all of the nasty comments.

After some consideration, Tim and Kallie, along with Gage, decided to do something about it.

They made an appointment with a plastic surgeon to pin Gage’s ears back.

“They often get some not-so-nice names stuck to them, like ‘bat ears’ or ‘elf ears,’ and that sticks with them through middle school and high school,” said Steven Mobley, the doctor who performed the surgery.

The surgery took about two hours, and when Gage saw the result, he blurted out, “Oh my gosh!”

No matter how you feel about plastic surgery, one thing is certain: Gage is very happy!

I don’t think surgery is the solution to stop bullying. Basically, I think we should try and accept our differences.

But still, I can understand Tim and Kallie Berger’s despair and Gage’s joy at his transformation.

Share Gage’s story if you also think he is—both before and after surgery—a really great guy!