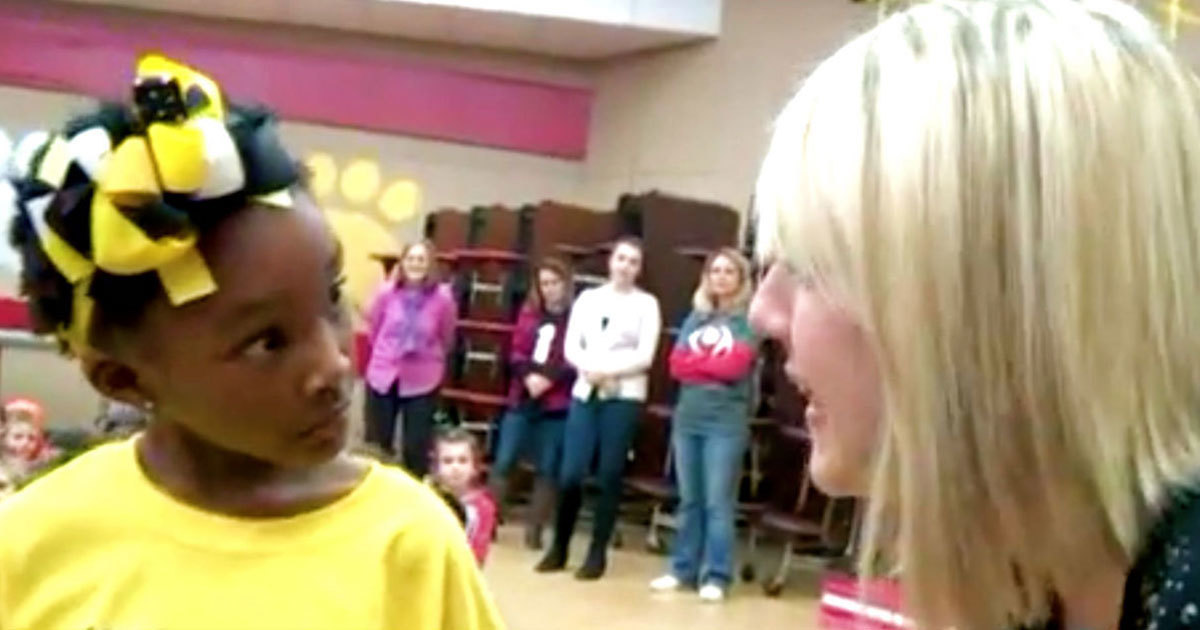 Our children can teach us a lot about life. They have an uncanny ability to spread hope, spirit, and joy—and if more adults would their example in making a difference for others, the world would be a better place.

Just look at 6-year-old A’Layah Robinson from Sulphur, Oklahoma. She had a tough early childhood, but she refused to give up—and her approach to life is now inspiring people the world over.

Her mother was addicted to drugs, and A’Layah was shuffled around from one foster home to the next.

Then finally, A’Layah was adopted.

The Robinson family took her in with open arms and gave her the peace and security she needed.

Unfortunately though, A’Layah soon witnessed another tragedy. A tornado struck her town and devastated everything in its path. And even though A’Layah’s family survived unscathed, many of her neighbors lost both their homes and everything they owned.

In the aftermath, one thing became clear: A’Layah wasn’t just any other little girl.

The six-year-old had just finished saving up money from birthdays and holidays so she could buy a Barbie doll. But after the disaster happened, she told her new mom, Misty Robinson, that she had a change of plans.

“When the tornado hit just a few days after her birthday, she told me she wanted to give all of her money to a family that we know that lost everything,” says Misty Robinson told KFOR NewsChannel 4.

A’Layah gave everything she had to help the family—and that was just the beginning of her generosity.

The 6-year-old started a ministry called “Lemonade for love,” and used the money she earned money to buy toiletries, blankets, toys, and other things, which she donated to children in need.

A’Layah touched the hearts of many people around her and her community soon rallied around her. A’Layah’s kindergarten teacher gets a lump in her throat when she talks about the girl’s initiative.

“She just has a very generous spirit. She’s been a gift from God. She’s an incredible child, so it’s something you don’t see every day,” A’Layah’s teacher, Tiffany Robertson, told KFOR NewsChannel 4.

Robertson nominated A’Layah for a prize that NewsChannel 4 sponsors called “Pay It Forward,” and in a ceremony in front of her whole school, A’Layah was awarded a $400 prize.

After A’Layah’s principal explained to the whole community that the A’Layah had won the prize, her teacher, Tiffany Robertson, gave a moving speech to the astonished student.

“Do you know what a superhero is? Like some people have Superman for their superhero, or Batman or Spiderman. But you’re my superhero. You know why? Because you do such an amazing thing for so many kids around the world and around Oklahoma. And I just think that’s so amazing. I just love it and I want you to continue with that,” Tiffany Robertson said on the verge of tears.

A’Layah used the prize money to buy 250 bags of necessities, as well as 100 blankets and 50 baby blankets for children living in foster care!

We can learn a lot from this 6-year-old. Please help spread A’Layah’s example of generosity, and encourage more people to try to make the world a better place!