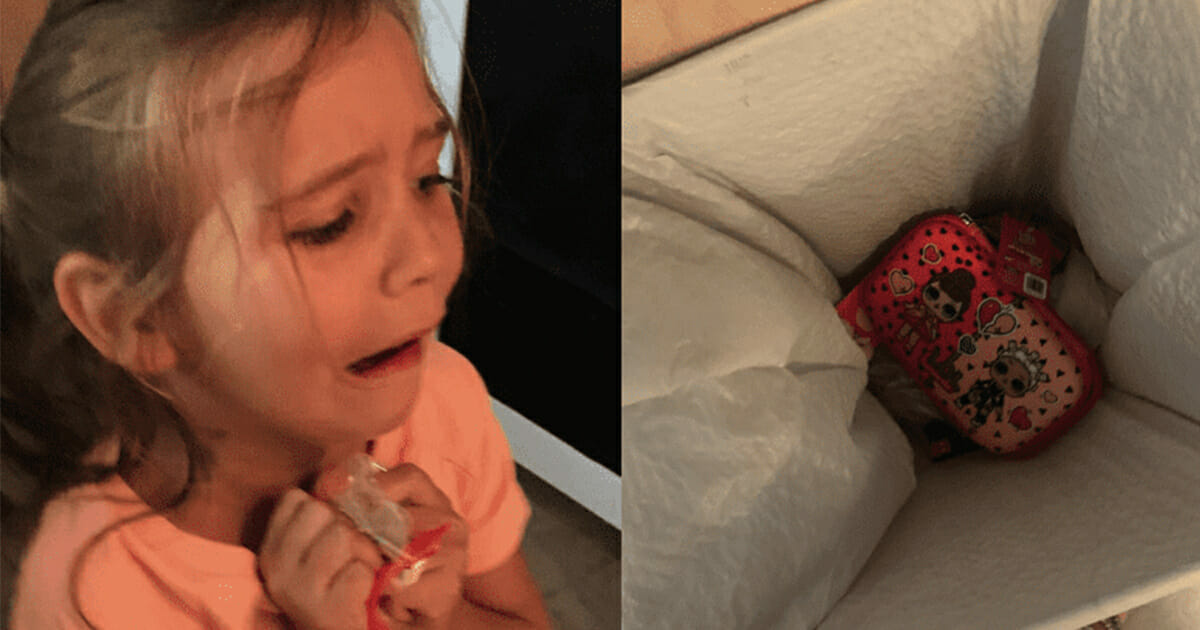 Anyone who’s ever had to deal with a growing child knows exactly how vicious their mood swings can be.

Little ones can go from happy to sad to inconsolable in a matter of minutes. Their whirlwind of emotions contributes to a well-earned reputation when it comes to their reactions to things. Take, for example, receiving a present.

One Florida mom thought she’d raised her six-year-old daughter to be grateful and humble. So it was that when the girl threw a gift she’d been given in the trash, her mother knew something had to be done.

The method she used to reprimand her daughter is taking the internet by storm, and it’s not difficult to see why.

Since the pencil case was this season’s must-have accessory for youngsters, Haley couldn’t find one in the first shop she went into, nor the second. In the third, though, she struck lucky.

Haley was looking forward to seeing Presleigh’s reaction upon receiving the pencil case, but, to her surprise, her daughter was anything but grateful.

Haley explained on Facebook: “She stared at it and threw it in the trash and slammed the bedroom door. She yelled “that’s stupid, everyone in my class has that … I don’t want it anymore!” Mom Haley was naturally taken back by how her daughter was behaving. She’d never been raised to be ungrateful, and wasn’t normally the type to be so.

Haley knew she had to do something to teach Presleigh that her reaction had been completely unacceptable.

The mom said: “I thought I had always taught her to be grateful [and] know how lucky she was but apparently sis needed a small wake up call.”

Haley retrieved a zip-lock plastic bag and instead told her daughter that she would now be using that as a pencil bag at school.

All of a sudden, the ‘LOL’ pencil case was perfectly OK for Presleigh, but her mom had other plans for it.

“I explained to her she’s not entitled to anything special and she is taking for granted how lucky she is… I will personally deliver the nice box to a child that could benefit from it,” Haley explained. “Maybe I over react sometimes but I would’ve done anything to have all the things she does as a child. I truly believe changing your perception [and] just being grateful can turn around any situation in life.”

It certainly sounds like Presleigh learned her lesson, and will think twice about reacting ungratefully in that manner again.