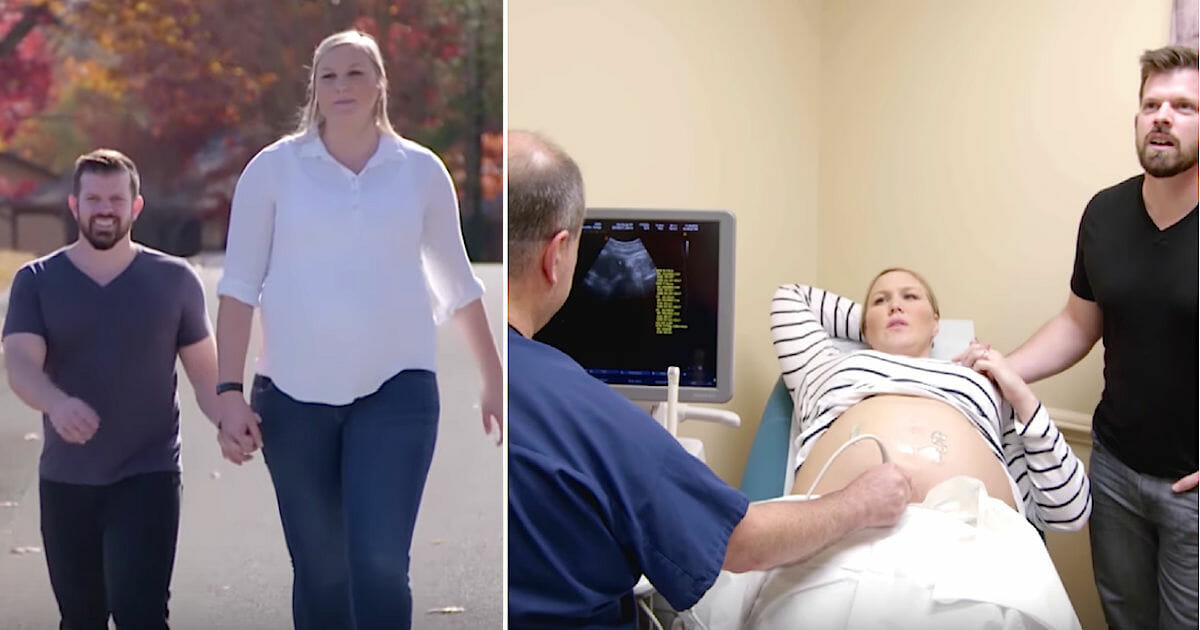 The world is full of fascinating couples that stand out from the crowd.

Hayleigh, who stands at close to 6ft 7in tall, comes from a family of tall people – her mother is 6ft 2, for example. For Hayleigh, it’s always been normal for her to be a head taller than her friends; she’s been large for as long as she can remember.

As a result, it wasn’t strange for her when she met her husband. Bryan is 5ft 6in tall, which puts a fairly disparaging gap between the two in size, but they couldn’t care less about physical differences; they fell in love with each other’s personalities.

Unfortunately, their first year of marriage transpired to be a tough one.

Hayleigh, 25, and Bryan, 34, met several years ago, but they knew love was in the air from the very first moment.

“Bryan told me after our first kiss that he would marry me, and it feels like an eternity ago,” Hayleigh explains.

Three years ago, the married couple tied the knot in a glorious wedding ceremony. The whole world was at their feet.

The guests even ate tacos – the same food the couple enjoyed on their first date.

The wedding son was “Thunderstruck” by AC/DC, a song that suited the couple in several ways.

However, though the wedding was a hit, the couple soon came under strain.

They struggled with finances and began to feel the burden of married life.

After a year, Hayleigh and Bryan decided to move to Tennessee, where they found cheaper accommodation that enabled them to slowly improve their financial situation. In less stressful surroundings, Hayleigh sudden fell unexpectedly pregnant.

Bryan and Hayleigh had not planned to have children. Hayleigh had always been told by doctors that, due to her size, there were great risks involved if she ever fell pregnant.

In fact, she firmly believed she couldn’t have children. So, obviously, she was shocked when she found she was with child.

When they saw the ultrasound, Hayleigh wasn’t the only one surprised …

After almost eight months of pregnancy, Bryan and Hayleigh’s baby was twice as big as the average.

The couple visited the hospital frequently for ultrasounds, with Hayleigh particularly worried that something bad would appear in the scans.

Unfortunately, her fears were realised one day, when the doctor confirmed something known as a placenta praevia, an obstruction involving the placenta.

It’s a serious complication, wherein the placenta moves to the lower part of the uterus and so can cover the inner mouth of the cervix.

This can lead to severe bleeding during pregnancy or during childbirth. Hayleigh, quite naturally, panicked.

Fortunately, against all odds, the birth was a success. On February 14th, Valentine’s Day, Bryan and Hayleigh welcomed a daughter, Kaia, to the world. “We are so happy with this girl. She’s the cutest little baby who sleeps all the time and loves to cuddle,” Hayleigh said.

At birth, Kaia weighed close to 9Ibs and was 53 centimetres in length. The average weight for newborn girls is between 7.4Ibs and 7.7Ibs. It remains to be seen if little Kaia will surpass her mother’s record and get to over 6ft 7in tall, but it’s certainly possible.

The most important thing, of course, is that this perfect family can live in peace and raise their beautiful girl in happiness.

We wish Hayleigh, Bryan and Kaia all the luck in the world – like and share if you agree.