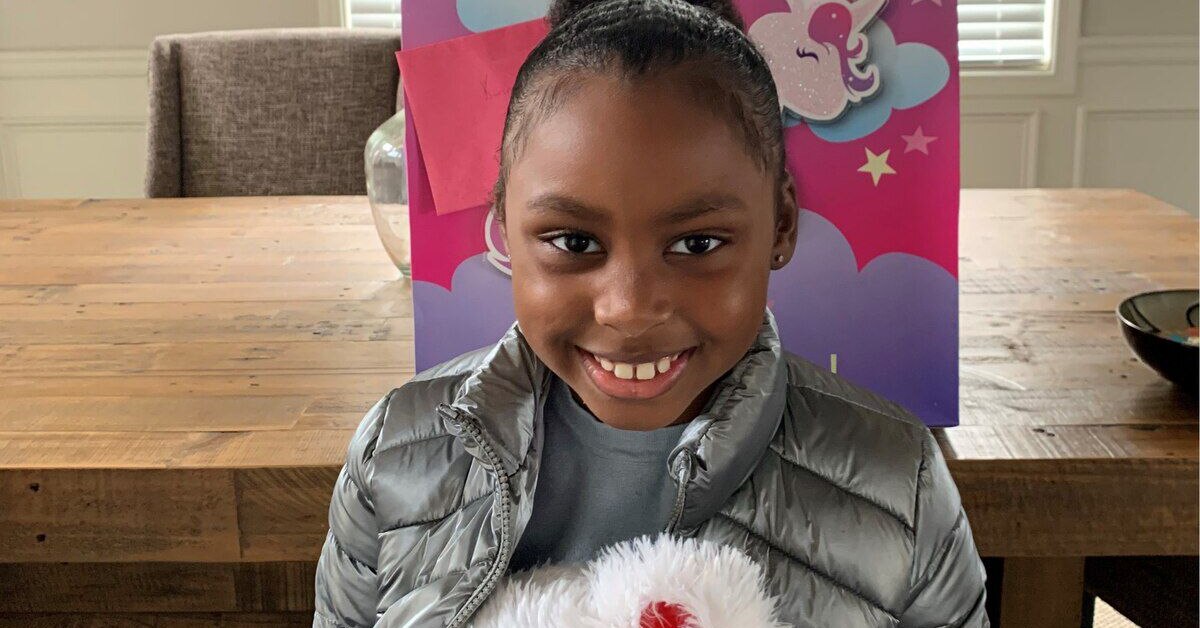 It should have been a happy time for one 7-year-old girl returning from a day Christmas shopping with her mom and aunt.

Instead, Kennedy Maxie’s day ended in tragedy when she was shot in the head by a stray bullet.

The youngster was in the back of the car driving near Phipps Plaza, in Atlanta, when she was hit. Her mom and aunt didn’t realize what had happened until a few miles after it happened on December 21.

Kennedy started to feel unwell and when her family realized what had happened they rushed her to Children’s Healthcare of Atlanta at Scottish Rite, as per WSBTV.com news.

On Christmas Eve Kennedy was fighting for her life in hospital, according to a GoFundMe page set up by her godmother which has raised more than $50,000 for the family.

Sadly, the Fulton County Medical Examiner’s Office confirmed Kennedy lost her fight and died on the evening of Saturday, December 26.

Police say the little girl was likely hit by a stray bullet during a confrontation between two groups of men in the Phipps Plaza parking lot, as reported by WSBTV.com.

“We do know that there was a dispute involving multiple males in the parking lot of Saks Fifth Avenue. We don’t know if that dispute led to the shooting. We have security camera video and we are recovering and going through that video,” Atlanta Police Homicide Detective Peter Malecki said as per the news outlet.

The office of Mayor Keisha Lance Bottoms released a statement urging the public to come forward with any information to help catch those responsible.

“Our hearts are broken by the senseless murder of Kennedy. While the Atlanta Police Department has significant leads in the apprehension of those responsible, it does not erase the pain felt when a beautiful, vibrant, and loving child is tragically taken from her family,” the statement said.

“We urge the public to continue to provide information that will lead to the arrests of the careless and heartless people responsible for Kennedy’s death.”

My heart goes out to the family of Kennedy Maxie, such a tragedy, such senseless violence. How many more innocent lives have to be lost before the powers that be enforce stricter gun ownership laws?