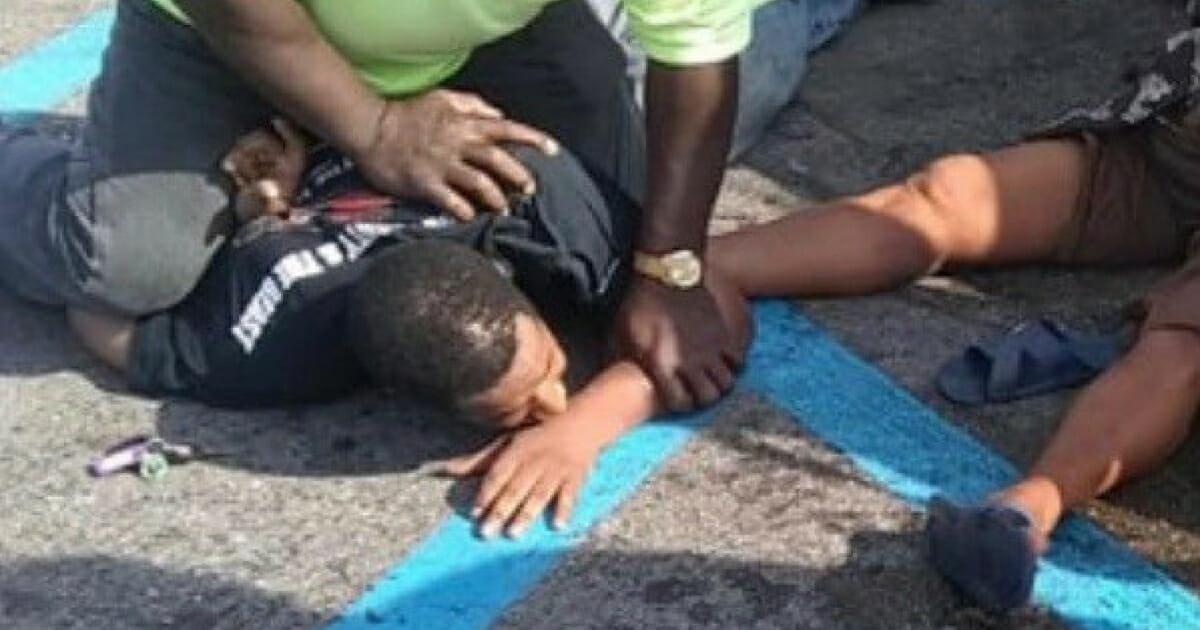 From the earliest of ages, we’re commonly taught to respect our elders. Not that we should need to be taught; treating those who have gone before us kindly is something that should come naturally to most.

To Most, perhaps, but certainly not to all. This week, outside a shopping center in Midfield, Alabama, an elderly woman was beaten and robbed by an unknown assailant.

As per Police Sgt. Jesse Bell, the incident occurred on Wednesday morning, with the man demanding money from the woman after approaching her SUV.

Fortunately, there was help on hand close by and what could have become a truly dire situation was saved at the last …

On Wednesday morning an elderly woman was robbed and beaten after venturing out to shop at her local Piggly Wiggly.

Though her attacker wasn’t armed, he likely expected her to be an easy target given her advanced years. He was wrong. Having approached her SUV, he demanded that she give him cash, though when she refused he started to beat her.

One local shopper saw the crime take place. Kimberly Whitehead said that the woman had finished her grocery shopping and picked up medication at a pharmacy, before returning to her vehicle. She also told AL.com that the man had been following multiple people, asking them for money.

The attacker began to assault the woman after she refused him, before jumping aggressively into her SUV. It was then, however, that her prayers were answered, when a group of shoppers sprang into action and came to her rescue.

One of the shoppers grabbed the man and pulled him out of the SUV. After fighting with the suspect, he held him down until the police could arrive.

“We don’t know what he would have done had they not been there,” Police Sgt. Bell said.

“We’re thankful he was there to stop it. We need more community involvement like this.”

As per reports, the suspect is now being held at Midfield City Jail until detectives are able to secure a warrant against him. When they do, he will transferred to the Jefferson County Jail.

How terrible that people act in such abhorrent ways for no reason. This was simply an elderly woman going about her shopping, and she was thrust into a terrifying situation that will likely stay with her for some time.

Without the help of the brave shoppers, who knows what would have happened? Please help us by sharing this article to both pay tribute to the heroic acts of the strangers who stepped in, and raise awareness of such criminal acts.