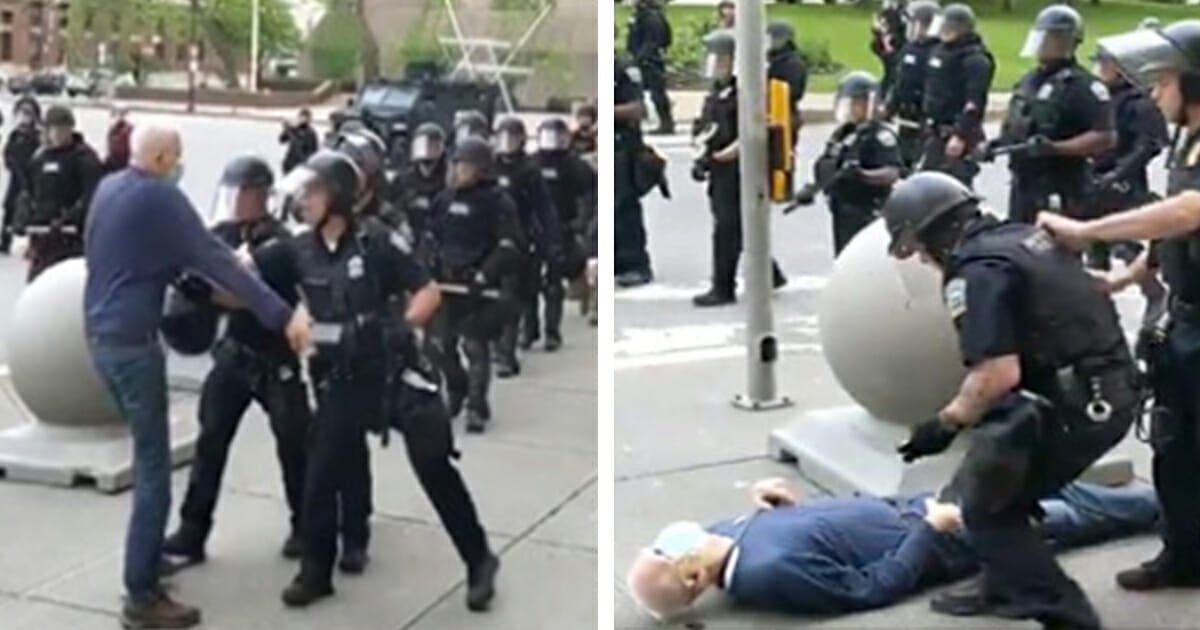 Earlier this month, the world bore witness to startling video footage when 75-year-old Martin Gugino was shoved to the ground by police officers in Buffalo, New York on June 4.

Footage of the incident, which took place during the protests over the killing of George Floyd, went viral, with many shocked at the aggressiveness with which the officers had acted. In the film, blood can be seen pouring from Gugino’s head as he lies prone on the concrete.

As per reports, the 75-year-old’s lawyer has said in a statement that his client has a fractured skull and cannot walk.

“I am not at liberty to elaborate at this time other than to confirm that his skull was fractured,” Gugino’s attorney Kelly Zarcone said.

“While he is not able to walk yet, we were able to have a short conversation before he became too tired. He is appreciative of all of the concern about him but he is still focused on the issues rather than himself.”

Zarcone went on to tell CNN that Gugino is focusing his efforts on recovery, and wants to tell the world: “I think it’s very unnecessary to focus on me. There are plenty of other things to think about besides me.”

In the immediate aftermath of the video, police issued a statement claiming that Gugino had tripped. They later amended their statement after the footage went viral, going on to suspend the offending officers without pay.

Officers Aaron Torgalski, 39, and Robert McCabe, 32, both pled not guilty to second-degree assault. The investigation continues.

I don’t know about you, but I felt sick to my stomach seeing this video. Perhaps Gugino shouldn’t have approached an advancing police line, but there was absolutely no need for the officers to react with such violent force.

Share this article to send thoughts and prayers as this man makes his recovery.