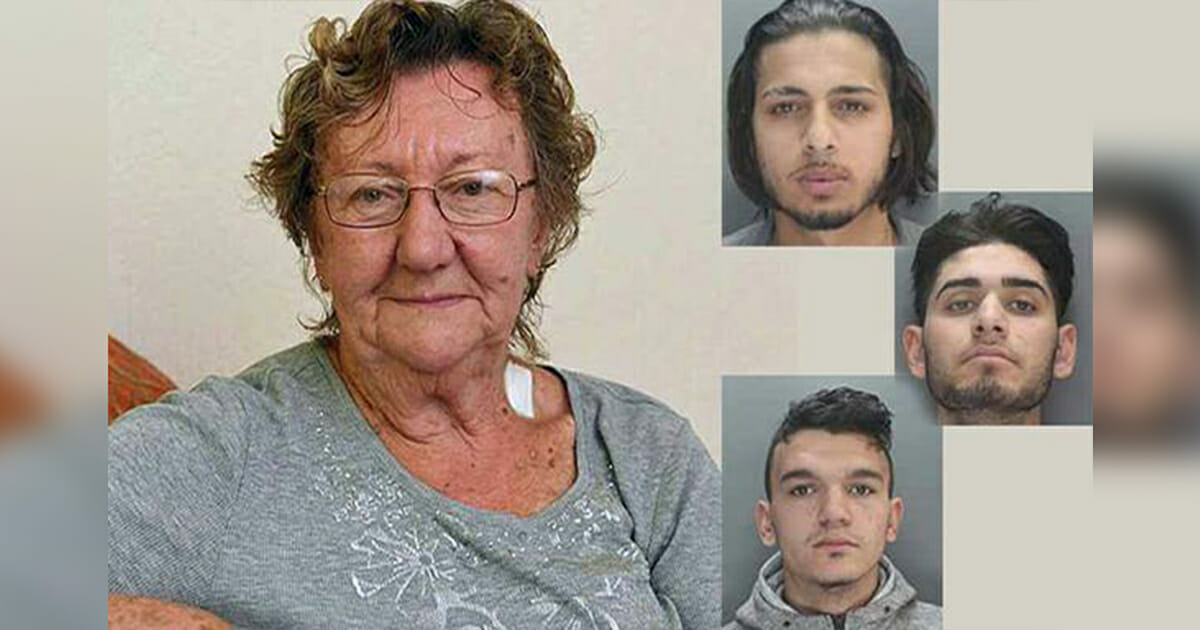 It’s fair to say most people enjoy a very special bond with grandpas and grandmas. They’re kind, thoughtful and usually a little less strict when it comes to the rules than our parents.

My grandparents were always on hand to help me bake, let me eat as many sweets as I wanted, and take me on exciting trips.

It might only have been into the woods behind her house, but my grandma was able to turn a little walk into an amazing pirate adventure, where treasure was hidden behind every stone.

As I got older, I realized there were no pirates behind grandma’s house; no treasure behind the stones. But the fact that she could take the ordinary and make it extraordinary stuck with me.

Something else you learn about grandparents from an early age is that there’s no point trying to mess with them. You know how it’s going to end. That’s certainly the case if you encounter 77-year-old Winifred Peel from Wirral, UK.

One day, pensioner Winifred went to a cash machine to withdraw some money.

As she stood there, shielding her pin, she noticed someone coming up behind her. Before she had time to act, two men had pulled her off balance. Then, another man appeared.

One reached over Winifred and tried to withdraw £200 from her account.

The men were thieves, and if Winifred didn’t act quickly they were going to drain her account of all its money.

But when one of the men tried to take cash out, Winifred put a plan into action.

She grabbed the man’s collar and slammed his head into the ATM with all the force she could.

She managed to knock the man’s head against the machine three times before the robbers were forced to flee, running like dogs with their tails between their legs.

Winifred then placed a call to the police and the assailants were arrested later that day.

One of the reasons the police were able to identify the men so easily was head wound one of them had sustained as a result of Winifred’s defensive action. They were identified as Piper Dumitru, Florin Gebelscu and Felix Stoica. All three later admitted their guilt in court and were jailed.

According to the prosecutor, the robbers drove to the village to find easy targets.

“They did not care about how this would affect me,” Winifred said, as per British source Metro. “I would definitely say this has changed my life, I will never have the confidence I once did.”

Due to the fact that she had grown up with three brothers and went to the gym four days a week, Winifred fortunately had a doggedness the robbers hadn’t counted on.

Go Winifred! I hope she taught those guys their lesson.

Of course, one should never aim to rob anyone, but three young men taking advantage of a 77-year-old grandmother? That’s simply beyond shameless.