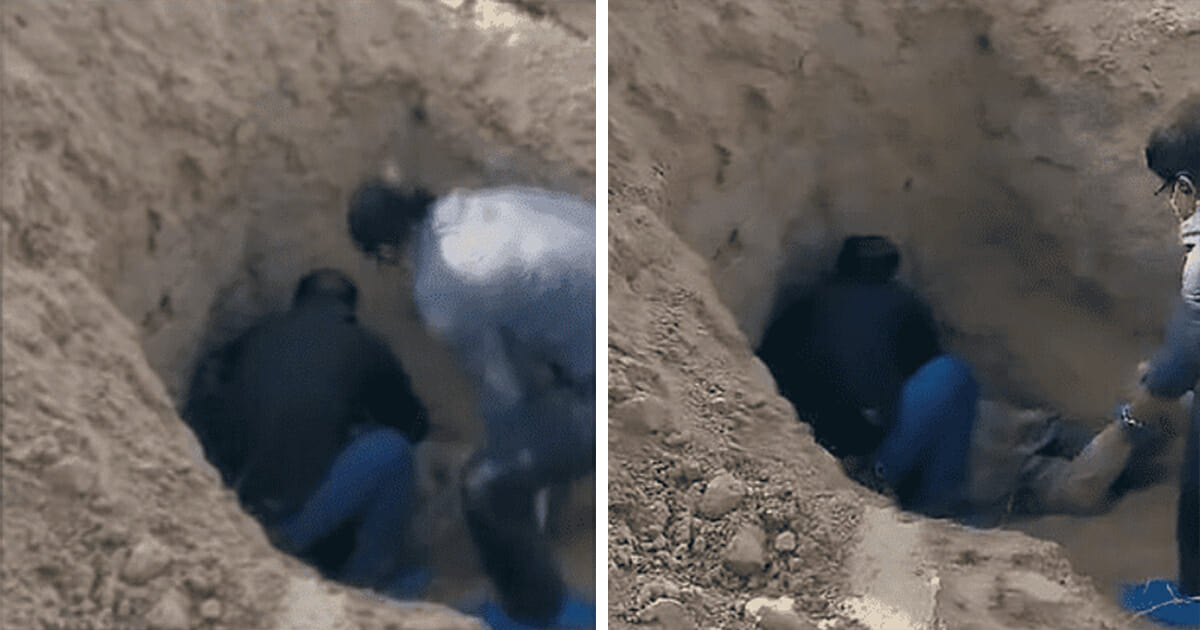 A woman was discovered by police three days after being buried alive by her son in Jingbian County, China, according to reports.

A video went viral online this week showing police digging at the would-be grave and pulling 79-year-old Wang Mou out.

Local reports say that Ma Mou, 58, put his disabled mother in a trolley and took her from their home on the evening of May 2. He returned to the house the following day, but neither his mother nor the trolley were with him.

Ma’s wife, Zhang Mou, grew suspicious and asked her husband what had happened to his mother, leading to an explanation that did little to convince her. Ma reportedly told his wife that he had taken his mom to see her relatives, but she went to the police station and filed a complaint.

During the interrogation, Ma confessed to having dumped his mother in an abandoned tomb in a forest south of Jingbian County. Police swiftly rescued the elderly woman, taking her to hospital for treatment.

TooFab say that when authorities found Wang Mou, she was paralyzed and was unable to move. As yet a motive has not been distinguished, with local police in the midst of an ongoing investigation.

Wow! Can you imagine someone burying their own mother alive? I can’t even comprehend what must have been going through this man’s mind to do such a thing.

Share this article on Facebook if you believe he should face a harsh penalty for what he did.