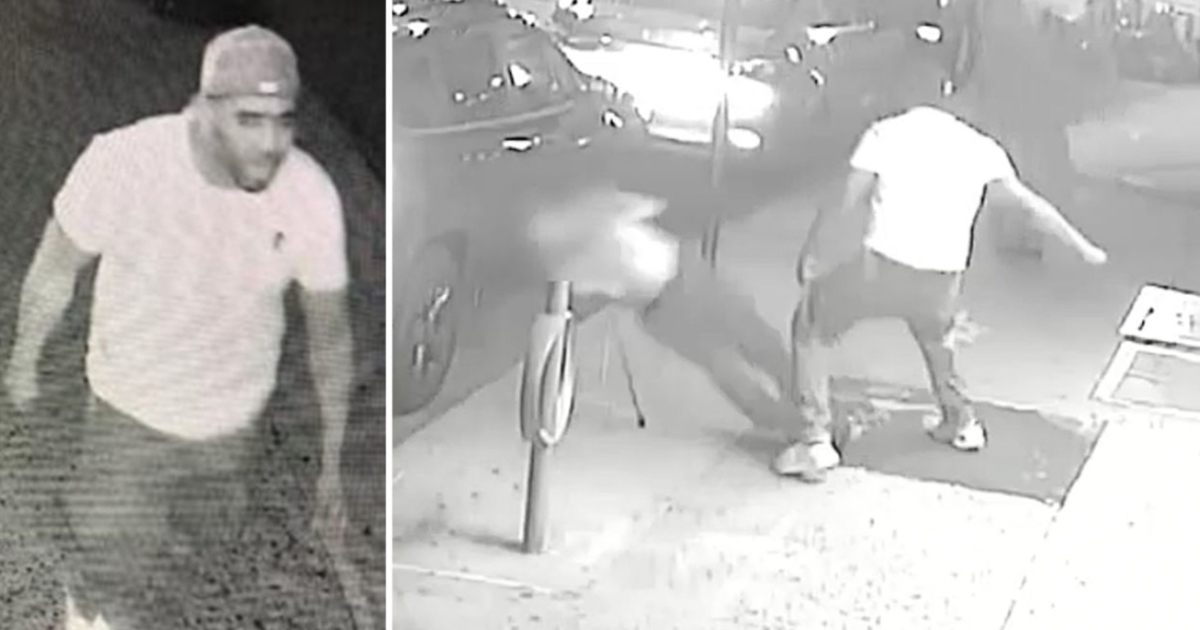 The 79-year-old Brooklyn man hospitalized after being punched in a shocking and unprovoked attack on the sidewalk in September has died, according to reports.

The NYPD confirmed this week that they’re still looking for the suspect caught on video raining blows on Angel Diaz as he lay prone and defenseless on the sidewalk.

The attacker can be seen on security footage approaching the 79-year-old at around 9 p.m. on September 13 on Hoyt Street in Downtown Brooklyn, just in front of the apartment building where Diaz lived.

What followed was a callous, cowardly and inexcusable attack, with the assailant punching Diaz, causing him to drop his cane and fall to the ground.

The suspect then continued his attack, delivering further blows as his victim lay on the sidewalk, before fleeing the scene on foot.

Diaz was rushed to a nearby hospital in what authorities had described as a “stable” condition.

He was later moved to another hospital for continued treatment, where he sadly passed away on October 29. An examination will now be undertaken to determine the exact cause of death.

Meanwhile, authorities are still hunting for Diaz’s attacker, who fled and remains anonymous.

The NYPD has released surveillance images of the man they’re looking for in connection with the deadly attack – they can be seen above.

Anyone with any information is asked to tip off the police by calling Crime Stoppers at 1-800-577-TIPS (8477) or visiting www.nypdcrimestoppers.com.

My heart goes out to this poor man’s family. It’s so sad when innocent people lose their lives as a result of unprovoked attacks.

Share this article on Facebook and let’s help the authorities circulate the images of the suspect they’re looking for.