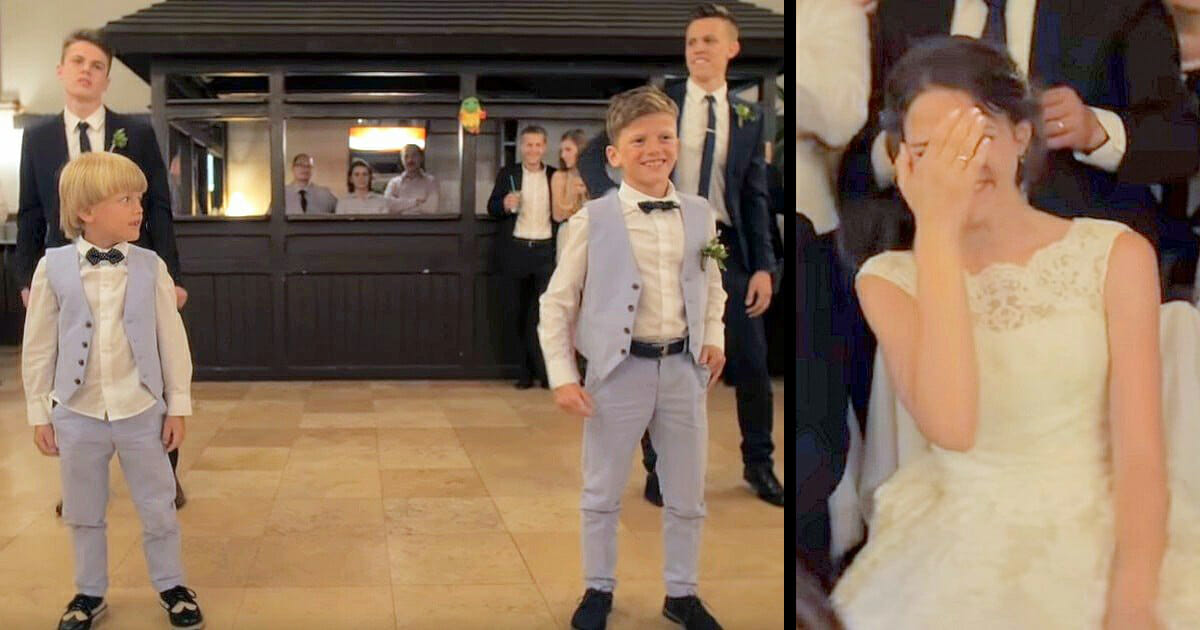 A wedding is an occasion all of the family get to enjoy.

From doting mothers to proud fathers, from drunk aunties to irresponsible uncles – weddings often reunite families that can otherwise struggle to see each other. Of course, certain members of the inner-family of the groom or bride often have responsibilities to take care of.

For one bride’s siblings, that was certainly the case. They put together a performance to remember, delivering a lively dance routine to really get things going. What makes it so special, you ask? Well, this bride has eight siblings …

You read that right, eight.

The jovialities began when the newly wedded couple formed a circle for the performers. The bride’s brothers then danced to the Backstreet Boy’s classic “I Want It That Way”, culminating in a pose that saw all of them side by side with sunglasses on.

Next up were the girls. The bride’s four sisters performed “Tell Him” from the musical show Glee (originally performed by Linda Ronstadt).

What followed was the boys returning to take the floor, before the girls raised the roof with Meghan Trainor’s “Better When I’m Dancing.”

Saving best for last, though, the siblings banded together for the Indian song “Radha”. The crowd held their breath, wondering what the siblings would do next. Suffice to say they were not left disappointed.

What’s more, it was clear for all to see just what the dances meant for the bride and groom. The bride herself looked on the verge of tears multiple times, but managed to reign in her emotions. She was rewarded with a huge family hug at the end, one worth more than any material gift that could have been given.

Watch the phenomenal show in the video:

Do you think these siblings put on a brilliant show? If so, share this article on Facebook.