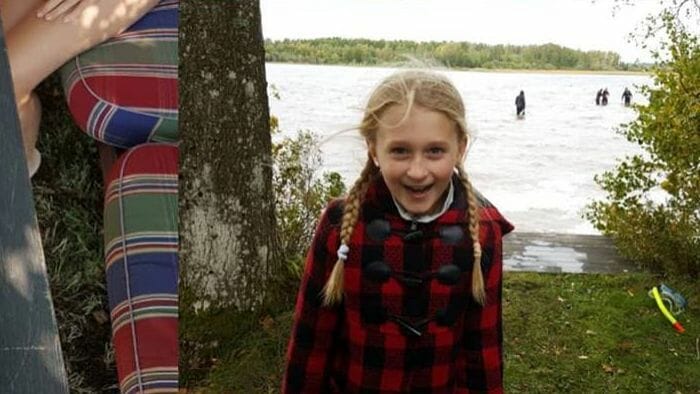 If you’re up to speed with Arthurian legend, you’ll be well versed when it comes to the link between water and swords.

But though the Lady of the Lake was kind enough to give King Arthur the sword Excalibur, it seems that practise has died out somewhere over the past 1,500 years or so. Nowadays, people looking to get swords from the murky depths have to find them themselves.

Fortunately, 8-year-old Saga Vanecek, from Sweden, did just that. The youngster was swimming with her family in southern Sweden’s Lake Vidosten when she made an incredible discovery: A blade thought to be from as far back as the Iron Age.

According to ABC news, the Jonkoping County Museum have declared the find a “spectacular” discovery.

“The sword is in total 85cm long and exceptionally well-preserved, including a scabbard made of wood and leather,” the museum said in a statement.

“It has tentatively been considered from the Iron Age, that is at least 1,000 years, perhaps even 1,500 years old.”

It’s believed the sword was found by Saga in about half a metre of water, with the Jonkopings County Museum set to launch an investigation as to the sword’s origins soon.

Saga’s family are, of course, also curious as to where the sword came from and how it ended up forgotten in a lake for such a long time.

“It was July 15th that 8 year old Saga Vanecek stumbled upon something special in the muddy clay on the bottom of Lake Vidösten in southern Sweden. She picked up the object, lifted it high above her head, and shouted as if she was Pippi Longstocking, “DADDY! I FOUND A SWORD!”

“As she held it high, gravity bent the fragile, over thousand year old weapon, and it was then that Saga’s dad realized that it actually was a sword. The next day, an archaeologist was on the scene, with goosebumps on her arms, as she took photos of the sword, and laid it in water to make sure it didn’t decompose from being in the air for the first time on over one thousand years.

He finished his post with: “Fantasies abound as we wonder what happened so long ago which led to a sword, in its scabbard, being lost to the bottom of the lake. Did someone fall overboard, or through the ice during a winter trek? Was a weatlhy noble buried in the lake, as from a scene in Game of Thrones? The mystery will forever be known only to Lake Vidösten…”

It's official! With today's press release we can finally reveal what Saga found in Lake Vidösten this summer… a sword…

What a truly incredible find! How fortunate Saga is to have found the sword where she did.

I makes me wonder how many ancient relics and tools are lying hidden in plain sight. Share this article if you found it interesting!