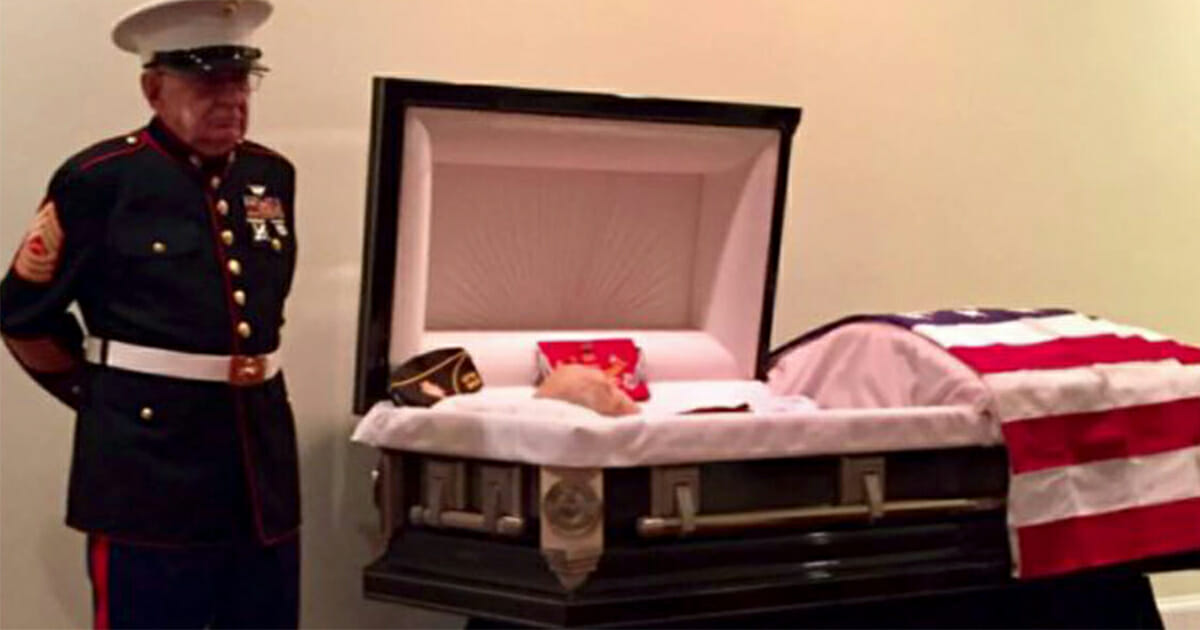 It was New Year’s Eve 1968 when two marines huddled together in a bunker in the Marble Mountains of Vietnam. All around them, mortar shells were flying through the air, the whistle of death ripping harshly amongst the chaos. They were under attack.

On that day, two marines made a promise to each other – if they made it out alive, and went on to survive Vietnam, they would talk to each other every New Year’s Eve for the rest of their days.

Master Sgt. William H. Cox and First Sgt. James T. Hollingsworth did make it out of that bunker alive.

After they left Vietnam, they served in the marines for another 20 years before going their separate ways. However, they both kept that crucial promise and continued to contact each other every New Year’s Eve for five decades.

“People ask me, ‘Haven’t you forgot about the promise?’” Sgt. Cox tells Fox 19. “I say no, I haven’t forgot about it. A promise made is a promise kept, especially to another Marine.”

Thanks to Facebook and some great people. Two great Marines were reunited once again. These two flew over 200 missions…

“He said, Willie I got one more thing I want you to promise me,” Sgt. Cox tells Fox 19. “He said ‘you know me better than my own family and I want you to do my eulogy’.”

Sgt. Cox was floored with emotion, and even a little hesitant in accepting duty he was being asked to perform. “Boy, that’s a rough mission you’re assigning me to do there,” he told his friend.

But, of course, there was no way he was going to let Sgt. Hollingsworth down.

“There’s a bond between Marines that’s different from any other branch of service.” Sgt. Cox tells Greenville Online. “We’re like brothers.”

During Sgt. Hollingsworth’s funeral on October 20, Sgt. Cox dressed in his full Marines dress uniform. Without the walking cane he normally relies on, he stood guard for his friend throughout the service. As promised, he also delivered a touching eulogy that summer up his comrade in the best words he could find.

Sgt. Cox finished his moving eulogy with the phrase he used to use at the end of their combat missions: “Hollie, you keep ’em flying, and I’ll keep ’em firing.”

What an incredible tribute Sgt. Cox paid to his friend. What they lived through together during their years of shared service created a friendship that most of us will never truly understand.

Please help us to honor BOTH of these true heroes by sharing their story with your friends.