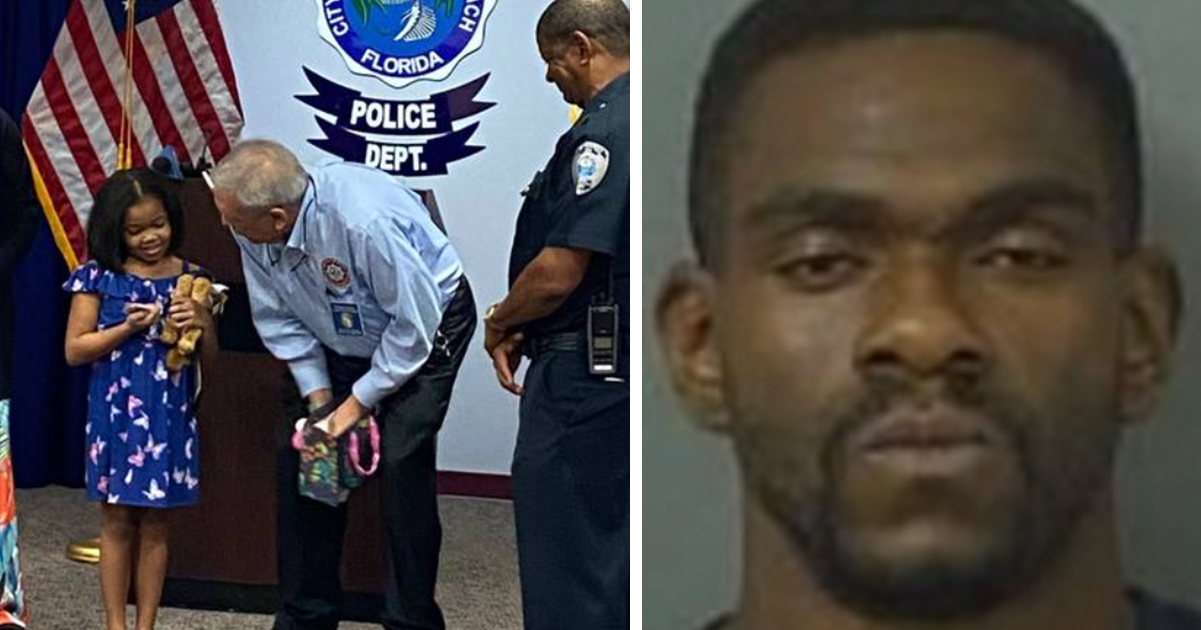 A 9-year-old girl is rightly being hailed a hero after fighting off the would-be robber who attacked her mother outside of a supermarket in Florida earlier this month.

According to reports, little Journee Nelson was awarded for her outstanding bravery with a medal, certificate and a Target gift card by West Palm Beach police officials.

Journee and her mother, Danielle Mobley, were walking to their car in the parking lot of a Sabor Tropical Supermarket on November 2 when they were suddenly set upon by 29-year-old Demetrius Jackson.

Surveillance video shows Jackson lurking close to Mobley’s vehicle. In the clip, Jackson can be seen charging at her as she puts away her groceries, tackling her to the ground.

Little did he know that he’d bitten off more than he could hope to chew.

As Jackson was struggling to separate Mobley from her purse, her daughter Journee rushed around the car and began throwing punches at the assailant’s face.

Jackson pushed the 9-year-old to the ground, which is when Mobley let go of her purse and her attacker fled. Journee, undeterred, chased after him.

In a news conference, Mobley said of her daughter: “She actually jumped up and chased him four houses down the block with me chasing her, calling her back.”

As per Jackson’s arrest affidavit, he managed to get away with Mobley’s purse, which contained her cellphone, several bank cards, $40 cash and her concealed carry permit, amongst other things.

Speaking to Journee’s heroism, West Palm Beach Police Chief Frank Adderley said: “I wouldn’t recommend that you confront an individual like that but in the heat of the moment things happen.

“I bet he was shocked when she hit him right in his face, because you can definitely tell on the videotape that he was not expecting that and her actions were perfect timing in this particular situation and I think she hit him pretty hard.”

Mobley revealed that her daughter plans to become either a teacher or a police officer when she grows up.

I don’t know about you, but I’m incredibly impressed with how young Journee handled the situation. Her bravery in the face of adversity of something I think a few people could learn from.

Please, share this article so that Journee gets the respect and praise she deserves after saving her mother.