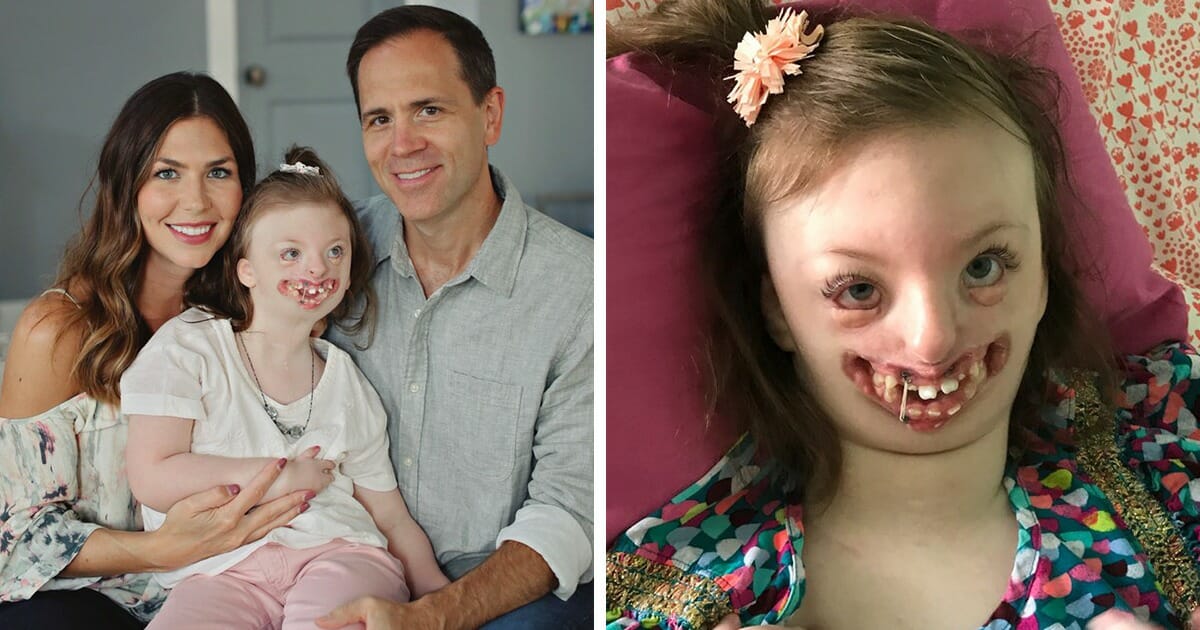 You just never know when something horrid will rear it’s head on the internet and spit hatred for the world to see. Sadly, it seems to happen every day.

Unfortunately, a bi-product of social media is that a platform is born for people to be rather unpleasant from time to time – there are an abundance of accounts online that exist purely to instigate trouble regarding anyone who looks, acts or thinks differently.

It’s a terrible truth that even children aren’t safe from this form of online abuse. Bullying occurs on social media regardless of age, gender or social status – so long as people can hide behind the anonymity of the web and take advantage of being able to put down others to make themselves feel better, they will.

One girl who has experienced the brunt of this is 9-year-old Sophia. The torment she was subjected to went so far as people using her as an advertisement for promoting abortion.

Sophia’s mom, Natalie Weaver, responded as any mother would – she started a crusade against the haters in a bid to protect her daughter.

In the end, she would win an important victory …

Little Sophia was born with facial disfigurement, though her hands and feet were also deformed.

Early on, she was diagnosed with Retts syndrome, a heart disease that permanently affects children’s language and motor skills.

As a result of her condition, Sophia’s family need to take care of her 24 hours a day. Their daughter requires round the clock attention.

Of course, life has hardly been easy for Sophia and her relatives – but they’ve also sought the necessary strength and hope to continue, often in each other.

Fortunately, Sophia gets plenty of love and support from her two siblings. Both of them love her very much!

“She’s had 22 surgeries,” mom Natalie told CNN. “She has a feeding tube. A colostomy bag. She has seizures and choking spells because of both the deformities and the Rett syndrome.”

Not long ago, things began to change.

Two years ago, there was a policy alteration relating to the local healthcare system.

With Natalie obviously being affected, she began to speak more publicly about her daughter’s condition and the trials and tribulations the family face. It didn’t take long before the internet trolls responded.

“People, they seek you out and want to hurt you,” Natalie says. “There are people who go out of their way to make sure you see their cruelty. I get people telling me to kill my child, to put her out of her misery.”

Despite Natalie’s best efforts, the hate was relentless. The trolls wanted their message to be heard; they wanted Natalie to get it directly.

Not only did one person use a photo of Sophia in a post designed to champion abortion of children with extreme disabilities, they also made direct threats to Natalie’s family.

“I blocked it. I just hoped it was gone,” she said. “But it was never removed. The account remained.”

Natalie reported the troll account to Twitter. But time passed and little was done, despite her doing her utmost to ensure the troll’s voice was silenced.

Natalie asked her followers to report the hateful messages and spoke candidly with a local news station in an attempt to draw attention to the violations. She hoped that it would put the necessary pressure on Twitter to act.

She outright refused to let the trolls win.

Eventually, after a long battle, Natalie received a message from Twitter. The social media giants apologised, removed all the comments and shut down the accounts responsible.

Satisfied with the results, but wanting to continue to do more, Natalie called for Twitter to change the way it reviews hateful content aimed at people with disabilities.

“Twitter needs to add people with disabilities as a category in their violation reporting,” Natalie says.

“Otherwise people don’t know the appropriate category to select for hate towards people with disabilities.”

According to that page, “You may not promote violence against or directly attack or threaten other people on the basis of race, ethnicity, national origin, sexual orientation, gender, gender identity, religious affiliation, age, disability, or disease.”

Naturally, it’s been an extremely trying process for Natalie and her family, but by daring to go public and revealing the abhorrent hate directed at her and her daughter, she’s won an important battle.

The love of your child will always be more important than DNA, skin colour or disabilities. Always remember that.

Please share this if you, too, think that all people are equally worthy and deserved of a chance in life. All parents have the right to make a family without suffering from the prejudice or harsh opinions of others.