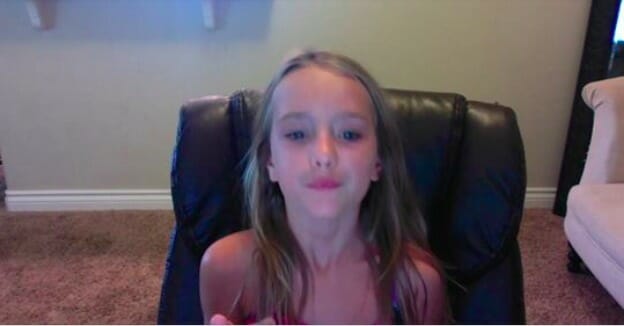 I just fail to understand it. The risks of texting and driving have been proven time and time again, but some simply continue to selfishly put other lives in danger and pursue this potentially fatal habit.

Well here’s one story. If it doesn’t make you think twice before picking up your cell phone while driving, I don’t know what will.

Brooklynn Newville, nicknamed Brookie, was a bright, fun-loving 9-year old girl. She loved dressing up in dresses and tiaras, playing, and had lots of dreams.

All of that came literally crashing to an end after she, her younger 5-year-old brother, Jace, and grandmother Linda Danette Smith Irie were all killed in a devastating car crash. The culprit? The teen driver that hit them is believed to have been on her cell phone at the time of the crash.

“It’s not worth someone’s life and the pain and suffering that we’ve had to go through because you want to be on your phone for two seconds,” Brooklynn’s tearful father Brian Newville said.

The fatal accident occurred in March 2018 on an Oklahoma turnpike. It was an ordinary day, and with Easter approaching, the grandma, her two grandchildren and their cousin were on their way to pick out a lamb for an Easter photo shoot.

Suddenly, a car came slamming into their own, killing Linda and her two small grandchildren. The cousin, Isabella Antony, 6, survived.

“We’ve had to move a couple times, can’t really walk into the house anymore, see where the kids used to be,” Brian says.

Some time later, as the parents were clearing out Brooklynn’s room, they discovered something that would somewhat help ease their unspeakable pain.

A bucket list, hand-written by Brooklynn, covering a large range of things she wished to see or do before she died.

The 9-year-old’s bucket list includes a wide variety of wishes, from seeing a moose, to scuba diving, to getting a drone, to visiting an ice bar in Alaska.

“She always wanted to go hunting with me,” says Brian, choking on his tears. “Never got a chance to.”

The parents have now taken it upon themselves to execute her dreams for her — no matter how long it takes.

Meanwhile, the parents are making an important plea to the public to simply put down their phones.

“We are putting out our campaign, ‘put it down’, so people will put their phones down,” Brian says. “It doesn’t matter if it’s your phone, or food, it’s anything in the car, while you’re driving: Put it down.”

I can’t stop imagining these parents’ pain and it breaks my heart. Please share this important story to remind everyone to NEVER text and drive. We do not need more innocent victims like Brooklynn in this world.