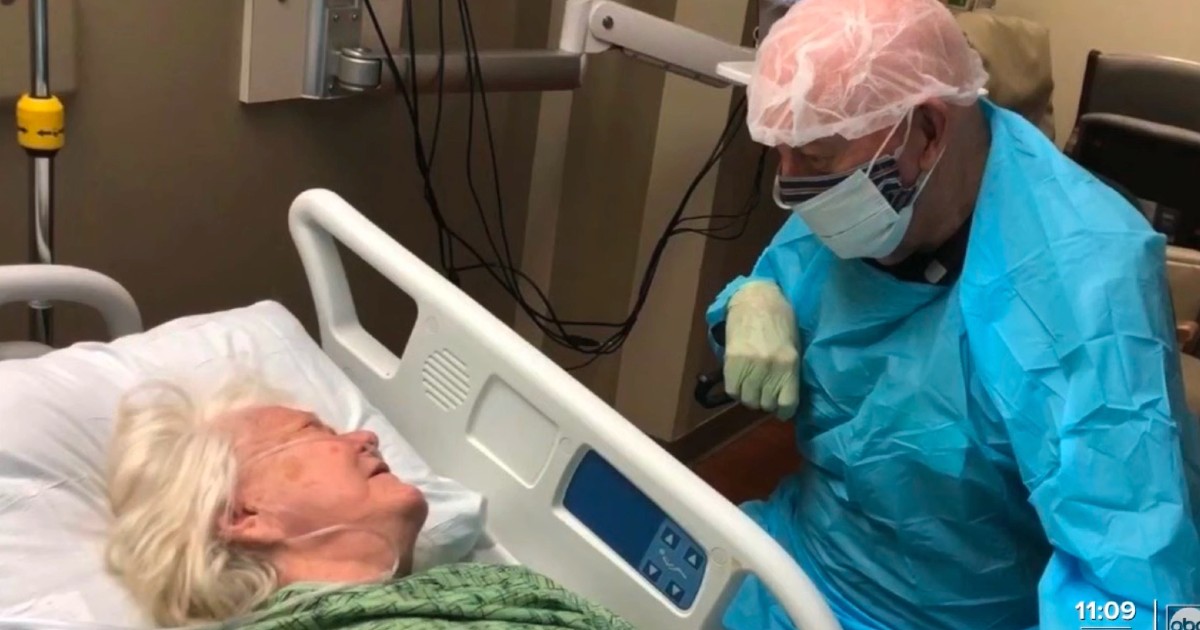 A husband and wife who were kept apart due to COVID-19 were finally able to reunite, but sadly it would be their last time together.

Shortly after the two saw each again, JoAnn Reck died.

Sam, 90, and JoAnn Reck, 86, both lived in Lakeland, Florida. Sam lives in an apartment, and JoAnn lived in a nursing home in the skilled nursing area.

Due to COVID-19 restrictions, the two weren’t able to visit each other. But that didn’t stop them seeing each other.

Sam would sit out on his second-floor balcony, and JoAnn would sit in the garden below and the two would talk. The couple was known as Romeo and Juliet.

But, recently JoAnn became ill with symptoms of COVID-19.

“COVID was hitting her so hard and so fast,” her son Scott Hooper told ABC Action News.

Her family was told she could be put on a ventilator, but not only would it be painful, but her quality of life would diminish.

Hooper didn’t want to put his mother, who had been diagnosed with dementia a year earlier, through the procedure.

“It was the hardest decision, we ever made. We talked about it for a long time, but we decided to go to palliative care.”

JoAnn’s family was lucky enough to be able to visit her one last time, and Sam didn’t want to miss the opportunity to say his final goodbyes to his wife of nearly 30 years.

“Here’s this 90-year-old man, he did risk his life to go see my mom, but that was his choice, that’s his freedom to do that. He knew what he was risking,” Hopper said.

So many people around the world are having to say goodbye to their loved ones like this. It’s heartbreaking.

Share this if you want nothing more than a cure for this horrible virus.